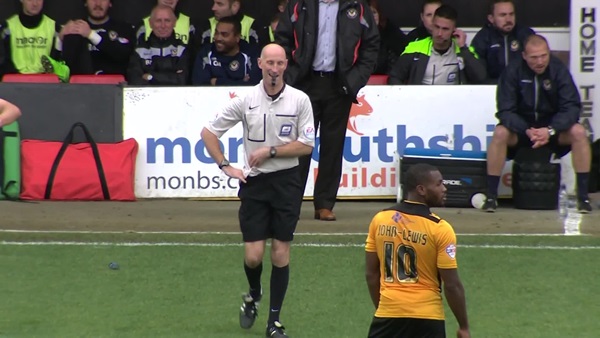 Portsmouth squeaked a narrow 1-0 win over bottom side Newport County to keep themselves within three points of the top of the League Two table, though over on the touchline was where the real drama unfolded.

After referee James Adcock pulled up injured a few minutes before half-time he was gamely replaced by his fourth official Wayne Barratt.

However, as there was nobody on hand to replace Barratt, Newport put out an announcement over their public address system at the break in the desperate search for a qualified fourth official.

Not all heroes wear capes.