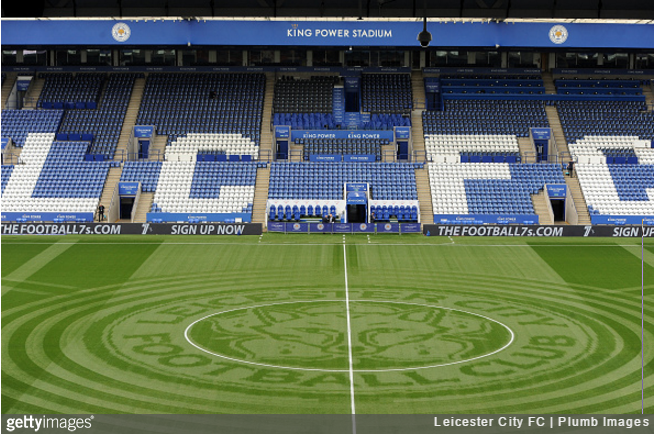 “Boo. Down with this sort of thing”

The Premier League have leapt into action to tackle the most insidious evil facing their product today: elaborate pitch designs.

Thankfully, as of the publication of the League’s new influx of rules for 2017/18, the frightful displays of grassy decadence we were regularly confronted with last season – Leicester City being prime offenders – will be a thing of the past.

As announced on the Premier League website, all unusual “pitch patterns and designs will no longer be allowed”:

Rules state that the playing surface must contain no markings other than the traditional horizontal and white lines.

The change comes as the Premier League move their rules into line with UEFA’s Champions League regulations.

Indeed the UEFA UCL Club Manual decrees that all pitches should feature nothing but “straight lines, across the width of the pitch, perpendicular to the touchline” – and so it shall be.

And with that, the grand UEFA-driven sterilisation of any and all facets of football continues apace.