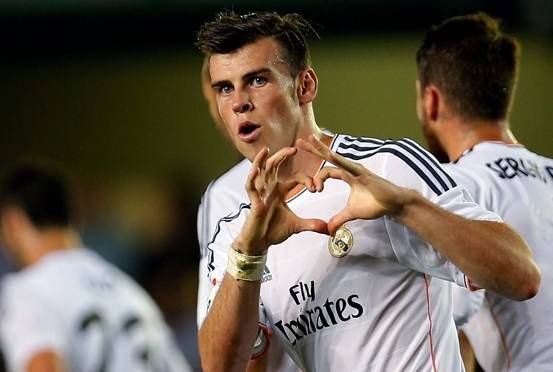 We’re afraid there’s been a bit of bad news for any of you out there who were hoping to get your hands on an official Gareth Bale “Heart 11” belt, walking stick, whip or saddle anytime soon with the news that Google may already own the copyright on the loathsome finger gesture. 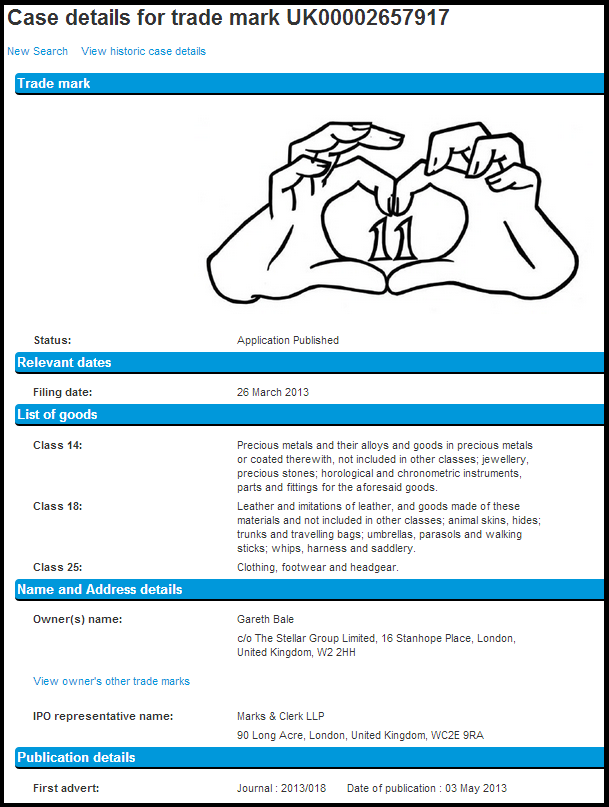 Bale filed a trademark application with the Intellectual Property Office (IPO) back in March which would’ve allowed him to use his logo on goods made from precious metals and leather as well as on clothing, footwear and headgear.

Sadly for the Real Madrid man, it seems like Google may have got there first, with Spanish tech website ADSLNet reporting that the search giants patented the “love heart” for their new Google Glass technology… 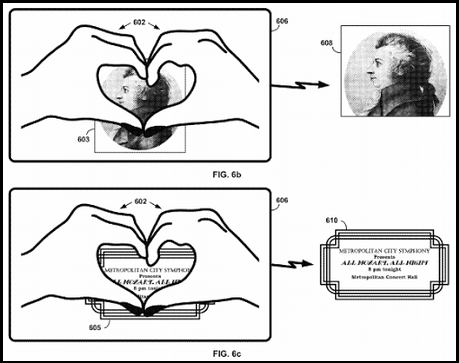 The Independent are reporting that Google protected the finger gesture back in 2011 as they intend it to function as their equivalent to Facebook’s like feature – which will see users wearing the Google Glass augmented reality headset to perform the gesture, thus forming a heart around a real-life object they wish to “I Like”.

The Glass camera will the identify the gesture, automatically scan the object behind it and tell the whole bloody world just what you’re in to.

Nobody knows if Google actually intend to implement the patent or if they’re merely sitting on it to hedge their bets, but if it means that the world is spared official Gareth Bale “loveheart” merchandise then we reckon they’re probably doing mankind a bit of a favour.