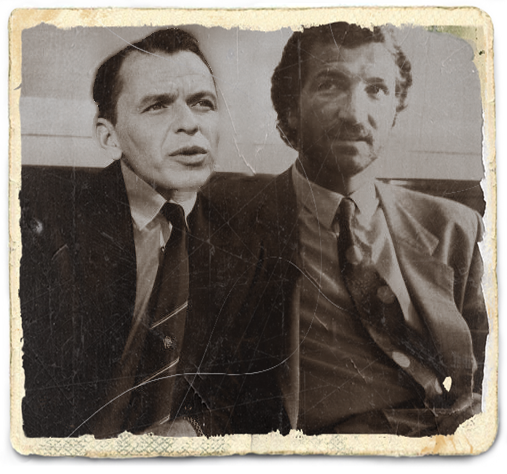 Admittedly things are a looking a little ropey these days but it’s fair to say Glasgow Rangers have had some stellar names grace the turf at Ibrox over the years.

However, none are more famous than the bloke who pitched up at Rangers’ abode on 12th June, 1990…Mr Francis Albert Sinatra, who, aged 74, tore through his classics amid a feverish atmosphere.

After the concert, Sinatra – who, by all accounts, was absolutely overwhelmed by the reception he received in Glasgow – wrote a letter to then-Rangers manager Graeme Souness in what surely must be one of the most unlikely pieces of correspondence ever exchanged… 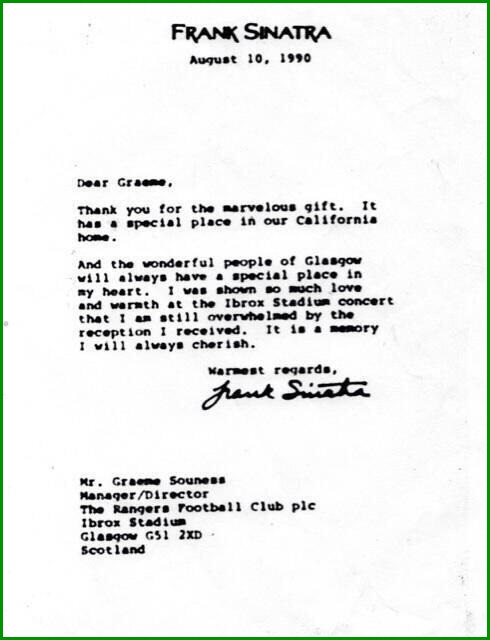 The mind boggles as to what that gift might be – if only because we can’t actually imagine misery arse Souness buying a present for anyone.

Maybe a severed stag’s head or something?