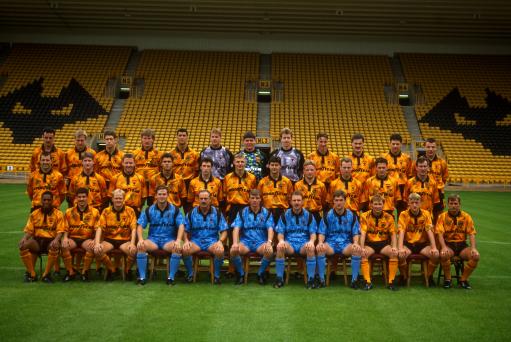 The Wolverhampton Wanderers 1992/93 squad, from hell’s heart I stab at thee!

While there were kick-abouts on tap over the road on the park, growing up in the pre-Sky Sports-saturated era meant that actually watching proper football on television was a rare thing – principally because there wasn’t much to go at.

For a child in the Nottinghamshire suburbs in the late 80s/early 90s, your basic choice as far as weekly televised football was concerned was either Central Match Live on ITV on Sunday afternoons (which, if memory serves correctly, was Leicester versus Wolves at a depressing, marsh-like Filbert Street/Molineux every single sodding week) or, as of 1992, Football Italia over on Channel 4.

Being a lad blessed with an impeccable aesthetic constitution (even if I do say so myself), I always opted for the foreign elegance of Serie A – instantly falling head-over-heels for these debonair new teams, their fancy nicknames that always sounded as if they were written in Italics, James Richardson, his pink newspapers and ornate breakfast pastries, the sound of Peter Brackley’s voice and, of course, the beautiful, beautiful players themselves.

Nobody ever seemed to get muddy in Italy. 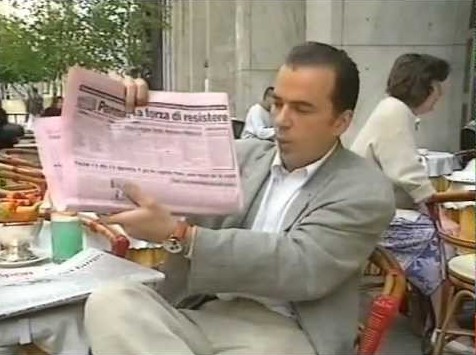 AC Jimbo back in his halcyon days

Mindful that I might be coming across as some bratty little proto-hipster, I’m almost reluctant to admit that my first ever “proper” football shirt was a cheap knock-off AC Milan shirt with “Boban, 9” on the back.

I wasn’t consciously trying to be different: I didn’t go about spouting the superiority of disciplined catenaccio over the agricultural English 4-4-2; I was nine years old for Christ’s sake! I just loved Italian football – y’know, back before it all went to hell in a handbasket.

Anyway, these misty, water-coloured memories are about to sound slightly skewiff, seeing as though the player I’m about to wax lyrical about actually left Serie A in 1989, three whole years before Football Italia GOOOOOOOLACCIO-O-O-O‘ed its way onto our television screens.

Allow me to explain. 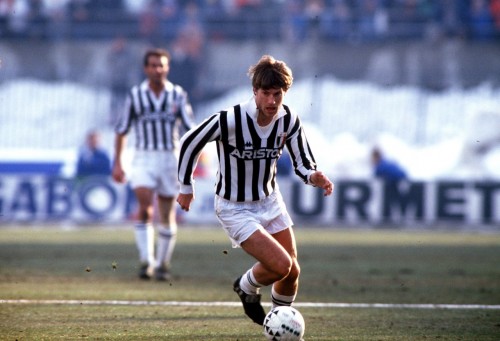 I first encountered the man that was (unbeknownst to him) about to become the object of my adoration when a short retrospective clip of him in action was featured on an episode of Football Italia.

Flitting about in Juventus’ beautiful bianconeri strip, there was this lithe Danish gentleman manoeuvring the ball like Andy Mutch and Steve Walsh never did over on the other channel.

The seed was planted.

A few years later I happened across a VHS in the bargain basket at Makro. It was called “Michael Laudrup: A Football Player” – an incredibly pithy title, I’m sure you’ll agree!

As well as a copy of the vastly underrated animated yarn The Pagemaster, I pestered my mum to buy it for me for a couple of quid and I wore that thing out, watching it start-to-finish, day after day, for months and months and months – marvelling, wide-eyed, at the sheer artistry on show (it had all his Barcelona and Real Madrid stuff on it too).

All killer, no filler. Back-heels, flicks, dainty chips with the outside of his foot. First touch like a velvet cushion.

Measured, silky and well-lubricated like a titillating football eel. 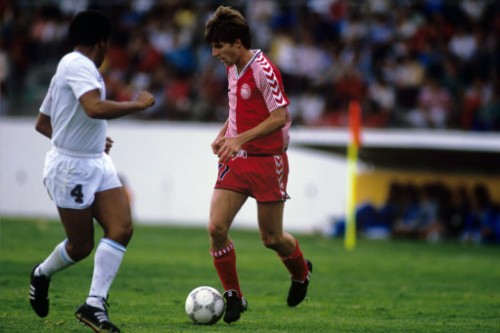 Sure there were other players I idolised as a young Calcio devotee: Gabriel Batistuta, Enrico Chiesa, Enzo Francescoli, Dejan Savicevic, Alvaro Recoba (briefly), Alessandro Del Piero, even Brian Laudrup wasn’t half bad – but none really came close to usurping Michael in my affections after the magic spun on that tape.

I immediately began attempting to emulate his style and technique on the park, the playground, the pitch – to almost imperceptibly minute success.

But it stuck. I still think Michael Laudrup is the finest footballer I’ve ever seen play the game. It’ll take somebody incredibly special to change that.

Offered as evidence of his talents, here’s 1 hour and 20 minutes video compilation of Laudrup’s sublime passing and interplay.

That’s my truth, now tell me yours…