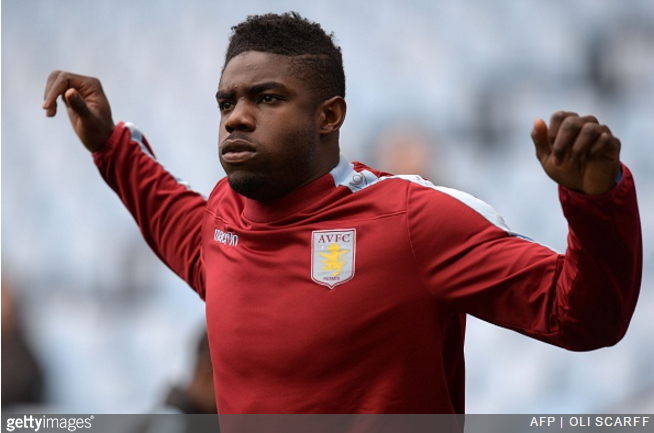 Back in 2007, the new Wembley Stadium had just been completed and English football had one eye on the future.

The Daily Mail, inspired by a swoon of national sporting optimism, decided to have a bash at predicting England’s “Team of the Future” – in other words, the 11 finest young talents they had earmarked for great things come 2016.

As you may have guessed, hindsight has not been kind to the Mail’s selection.

In fact, as is usually the case with these things, it is a work of truly glorious rubbishness… 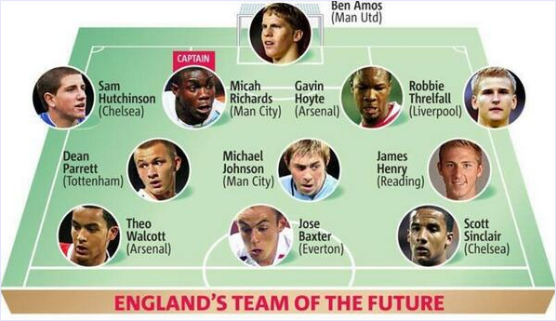 Of the starting XI, only Theo Walcott (43) and captain fantastic Micah Richards (13, the last of which came in 2012) went on to win any senior international caps.

As for the defence, Ben Amos plays for Bolton, Sam Hutchinson is at Sheffield Wednesday and Gavin Hoyte is plying his trade at Barnet in League Two.

Dean Parrett made 22 starts for Stevenage in the fourth-tier last season, while James Henry made 39 for Wolves. Michael Johnson retired in 2013 due to injuries and fitness issues and now owns an estate agent business in his hometown of Urmston.

Jose Baxter intermittently plays for Sheffield United in League One when he’s not suspended for drug-related violations.

As for Robbie Threlfall, well…

I played against Robbie Threlfall in a Friday night league match last year. How the mighty have fallen. https://t.co/JkQcKz0Fo6