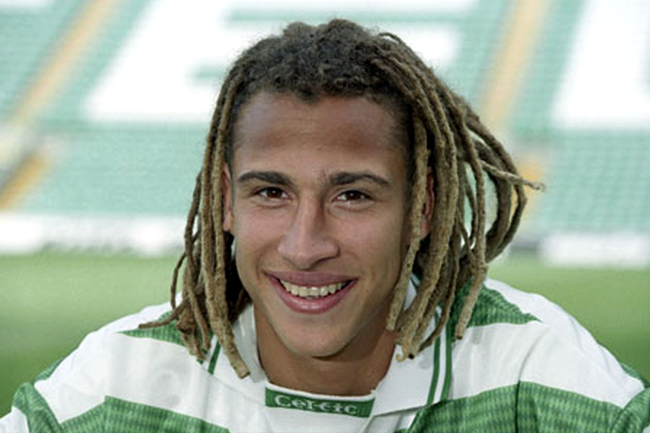 Today marks the 20th anniversary of the day Henrik Larsson first pitched up at Celtic Park with a glint in his eye and a head festooned with matted off-beige tendrils.

Celtic paid just £650,000 to purloin the Swedish striker from Feyenoord and, by the time he left for Barcelona in 2004, he’d arguably just about paid for himself.

That said, Larsson got off to a right old stinker in Glasgow, stuttering through a debut cameo that proved to be almost farcical.

Having entered the fray as a late substitute on the opening day of the season, Larsson’s first contribution to the Celtic cause was to misplace a pass to Hibernian midfielder Chic Charnley, who spanked one in from 20 yards to seal an inglorious 2-1 defeat for the Bhoys…

As if that wasn’t inauspicious enough, Larsson then followed up by marking his European debut with an own-goal, nimbling clipping a lob into his own net in a UEFA Cup qualifier against Tirol Innsbruck…

Admittedly Celtic did go on to register a 6-3 victory over their Austrian opponents, but Larsson still left many fans, if only temporarily, wondering just who this dreadlocked impostor really was.

Mercifully, it really wasn’t long before Larsson rectified all that, going on to score 18 goals in his first year at Celtic and ending as the club’s top goalscorer for the season.

Yep, early jitters aside, he was bloody brilliant.