Stephen Bywater was and continues to be a fairly unassuming goalkeeper, with the nearest he flirted to notoriety being a smattering of botched clearances – oh, and getting a Sky Sports News presenter suspended for allowing a covert C-bomb to slip past her during an interview.

However, during his stint at Derby County, Bywater hit first the local then the national headlines for a still-largely inexplicable dalliance with the world of contemporary art.

Back in 2010, the ‘keeper caused tensions in the small Derbyshire village of Sutton-on-the-Hill to flare when he erected an installation of his very own in his garden.

The ensemble artwork – reportedly described by Bywater himself as “his masterpiece” – featured among other things a spray-painted horse box, a portable toilet, several soiled mattresses, a traffic cone and an inflatable sex doll… 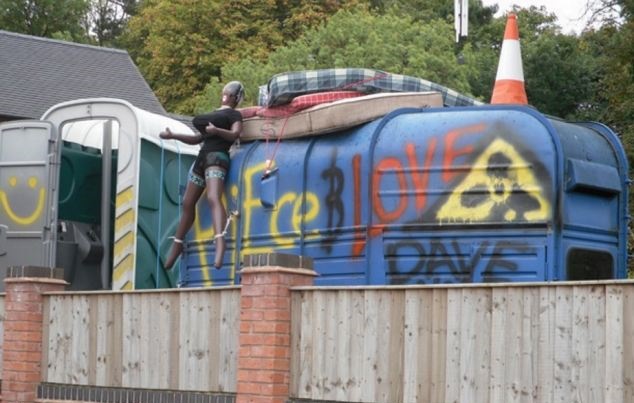 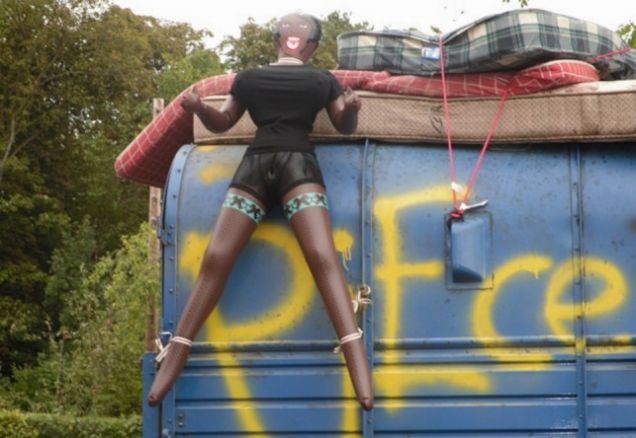 Bywater’s experimental art wasn’t exactly warmly greeted by his nextdoor neighbours, who were in the process of trying to sell their own house at the time:

It’s horrible. We were away on holiday when he put it up. Our neighbours sent us pictures to show us what he had done and my wife didn’t want to come home.

He adds to it all the time, painting extra bits and putting more things on.

He says it is his artwork but we just want him to take it down. It is horrible to have to look at it. Children go past on the bus as well.

We are totally bewildered by his actions.

There were rumours that Bywater had deliberately created an eyesore as an act of oneupsmanship in a dispute with other village residents, claims he strongly – though possibly sarcastically – denied.

Speaking to The Telegraph, the Derby stopper explained his motivation thus.

Lots of people have a hobby and my current hobby is art.

Derby County quickly distanced themselves from the dispute, tough made a point of stating that they, as a club, did not condone Bywater’s handiwork before “completely disassociating” themselves with their goalkeeper’s errant behaviour.

For the record, Bywater’s powerful avant-garde work “Piece (sic) & Love: Dave” is now on permanent display at the Tate Modern.