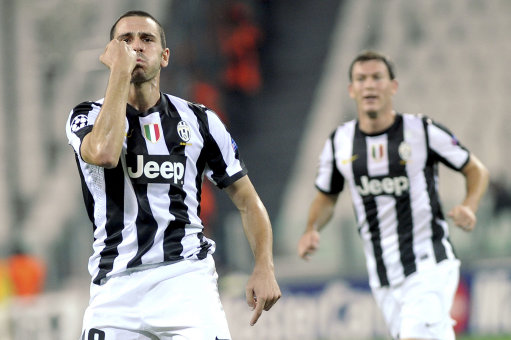 “How’s about a knuckle panini!”

According to reports in Italy this morning, Juventus and Italy centre-half Leonardo Bonucci escaped an attempted armed mugging completely unscathed earlier this week after belting the little shit in the face.

Bonucci was apparently leaving a Ferrari dealership in Turin on Thursday afternoon with his wife and his three-month baby son when a masked man confronted him, waved a gun in the defender’s face and demanded he hand over his expensive watch.

La Gazzetta dello Sport are reporting that Bonucci “stayed perfectly still and when the mugger grabbed his wrist, the player spotted an opening and punched the attacker with his free hand.”

The mugger then escaped on the back of a nearby accomplice’s moped, shouting: “What are you doing? Are you mad? I’ll shoot you,” as Bonucci pursued them in vain.

Bonucci has since reported the matter to police.

Note to self: never attempt to mug Leonardo Bonucci.