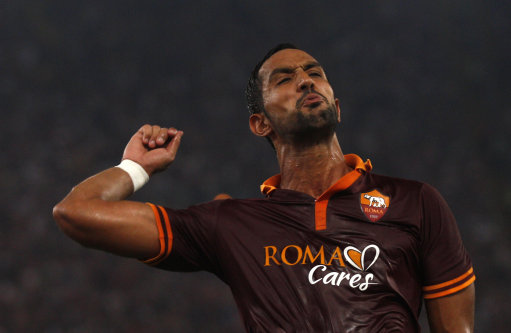 After joining Bayern Munich on a five-year deal a couple of weeks ago, both Mehdi Benatia and his former employers, Roma, have been at each other’s throats with sly remarks flying back and forth between the two parties.

It all kicked off again on Monday when Benatia claimed in an interview with German magazine Kicker that he was disappointed at Roma for selling him after he told the club he wanted to stay.

“(Roma’s director of football) Walter Sabatini told me the club wanted to keep me, but that they needed to earn money so he had to sell me,” Benatia said.

“This got me mad because I wanted to stay.”

However, Roma president James Pallotta has now waded into the increasingly ugly maelstrom, claiming that Benatia is “lying” about the factors which brought about his Giallorossi departure and that the Moroccan centre-back wasn’t flogged to Bayern for financial reasons but rather that he was becoming a poisonous presence in the dressing room.

Pallotta issued a particularly venomous statement via the club’s official website to say this:

“Mehdi Benatia has obviously continued with his pattern of outright fabrications over the last couple of months.

“We had a verbal agreement on compensation and a raise back in July in Boston.

“He personally said to me that he was happy after I told him flat out with no exceptions that we wanted him to stay.

“Over the following month he lied about wanting to stay and about the details of his compensation to both (head coach) Rudi Garcia and his teammates.

“Lying to me was one thing which I can somewhat handle. Lying to Rudi Garcia and his teammates was completely unacceptable to me.

“I told (Roma’s director of football) Walter Sabatini he was becoming a poison and I wanted him gone, and Rudi and Walter agreed.

“It wasn’t about the money; it was about having character in our locker room. We are in a very sound financial position.

“As owners of Roma, we make difficult decisions all the time.

“As a fan of Roma, I am deeply disappointed that one of our players could act this way.”