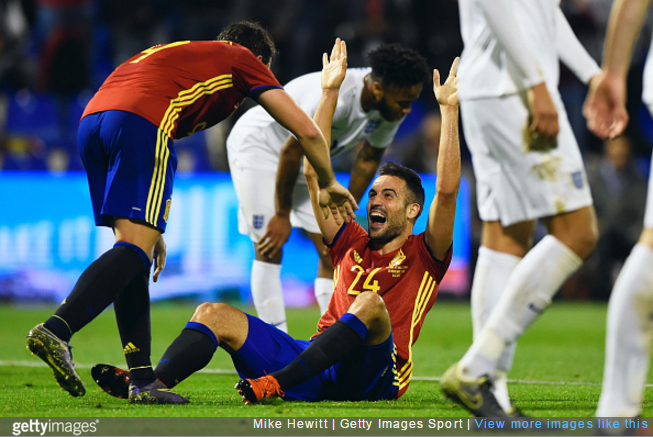 Despite some admirable huff and puff from England in the face of an acute class deficit, Spain cantered to a 2-0 friendly victory over Roy Hodgson’s mob in Alicante on Friday night.