Fresh from their 4-0 El Clasico victory at the Bernabeu, the Barcelona goal-machine produced another magnificent attacking performance on Tuesday night, with Luis Enrique’s men putting six past Roma at the Nou Camp, as they secured qualification for the knockout stages.

The pick of the goals came from Luis Suarez on 44 minutes, with the former Liverpool man perfectly executing a volleyed shot which flew into the back of Wojciech Szczęsny’s goal…

Suarez is in the form of his life. Look at this volley from him. #PoojaMatchDay pic.twitter.com/W4isIwcnVU

That goal made it 3-0 to the Catalans after goals from Suarez again then Lionel Messi, with this effort which saw every Barca outfield player touch the ball in the build-up… 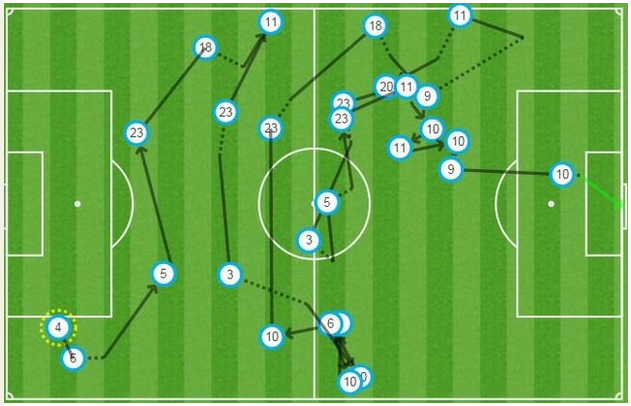 Just the 27 passes leading up to that goal! Gerard Pique, Messi (with his second) and Adriano also got on the scoresheet for the La Liga leaders while Edin Dzeko bagged a late consolation goal for the Giallorossi.