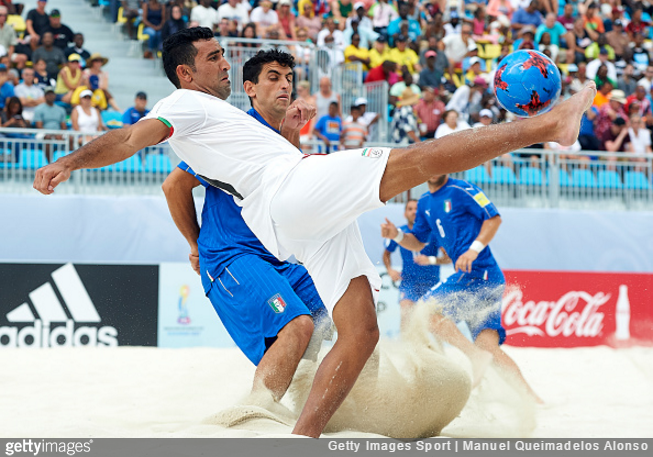 Iran made history over the weekend by becoming Asia’s highest ever finishers at the FIFA Beach Soccer World Cup thanks to an emphatic 5-3 victory over Italy in the third-place play-off game.

Mohammad Mokhtari provided the undoubted highlight of the match, putting Iran 3-0 up with a truly outstanding overhead kick from the narrowest angle.

As the highlight reel shows, Mokhtari had already come close with a near identical effort, which proved to be the only sighter he needed…

Beautiful. Beach football always looks so much fun until you try it yourself. Turns out running through sand requires a modicum of stamina.

As for the final, it was Brazil who secured their 14th overall Beach Soccer World Cup title with a 6-0 thumping of Tahiti.