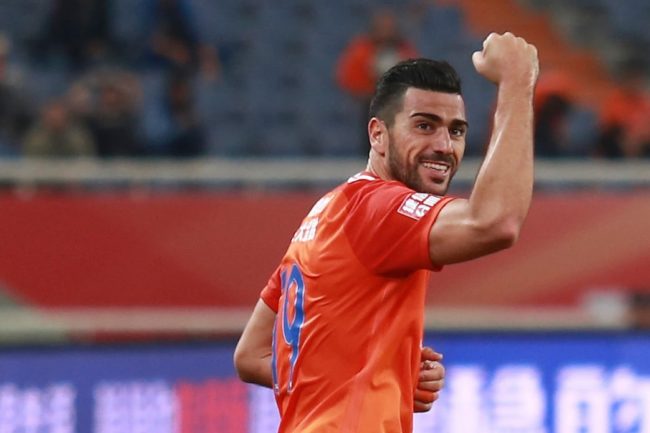 Graziano Pellè netted an absolute stunner in the Chinese Super League on Saturday, courtesy of a beautiful volley in Shandong Luneng Taishan’s 2-2 draw with Beijing Guoan.

The 32-year-old Pellè left Southampton for China last summer, duly becoming one of the highest-paid players in the world via a cool £13.5million a year wage packet.

The striker has netted six goals in his 23 games for Shandong Luneng in the Chinese top-flight, with the latest of those strikes a stunner.

Deftly controlling the ball outside the box, Pellè then nonchalantly struck the ball before it hit the ground, with the shot flying over helpless Beijing Guoan ‘keeper Yang Zhi.

Not bad for a big target man!

The game at the Workers’ Stadium would ultimately end 2-2, a result which sees Pellé’s side go fourth in the table, a point above Beijing Guoan.