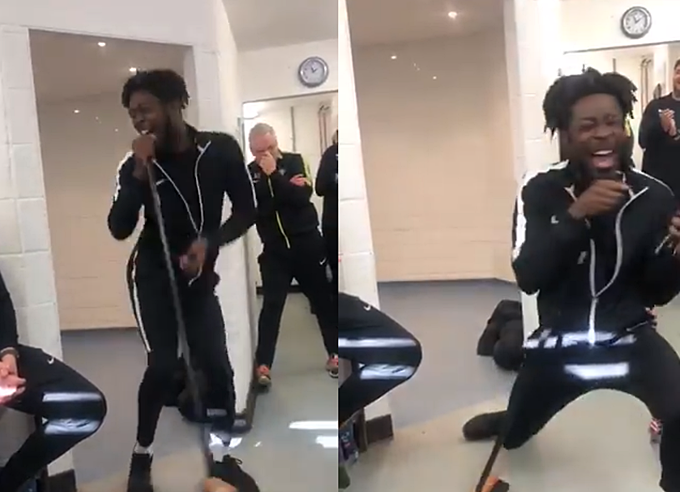 Having turned up late for Canterbury City’s recent FA Vase fixture, striker Mobolaji Dawodu was hit with a club-imposed forfeit: to sing a song in front of his teammates.

However, rather than an awkward mumble in the corner of the dressing room, Dawodu seized the opportunity with gusto and proceeded to jump and jive his way through a pretty impressive rendition of ‘La Bamba’…

When you turn up late to a vase quarter final👀😬 pic.twitter.com/kY0wRwgplF

Canterbury went onto to beat Biggleswade United 2-1 on the day, thus propelling them through to the semi-finals where they’ll play the magnificently-named Cray Valley Paper Mills FC (there’s a joke about folding under pressure in there somewhere).

How did they celebrate?With a big sing-song, of course…