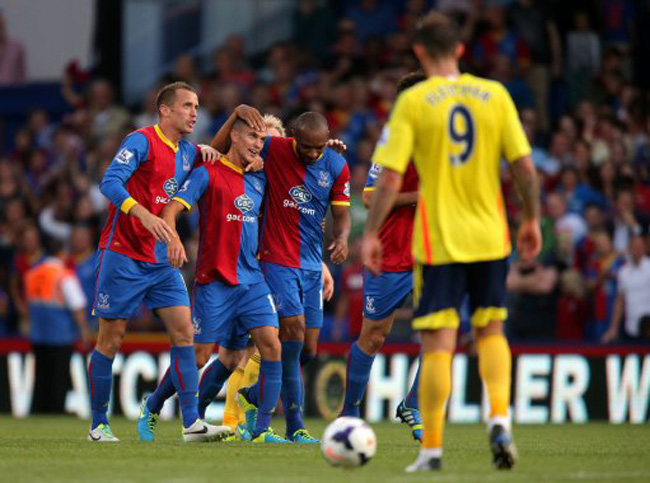 Crystal Palace secured their first league win of the season courtesy of a fine, energetic and hard-working performance against Sunderland.

With Marouane Chamakh holding up the ball superbly up front, the home side were always a threat and took the lead after just nine minutes when a corner eventually found its way into the Sunderland goal off Danny Gabbidon.

After the break, Paulo Di Canio brought on Steven Fletcher and the Scottish hitman, just back from injury eventually got the Black Cats level, courtesy of a fine strike just after the hour-mark.

However, the Eagles were still pushing forward and were rewarded for their positivity when Dwight Gayle was felled in the box by John O’Shea, who was shown red. Gayle duly powered home the resulting spot-kick before sub Stuart O’Keefe produced a moment of magic to make it 3-1 for the home side.