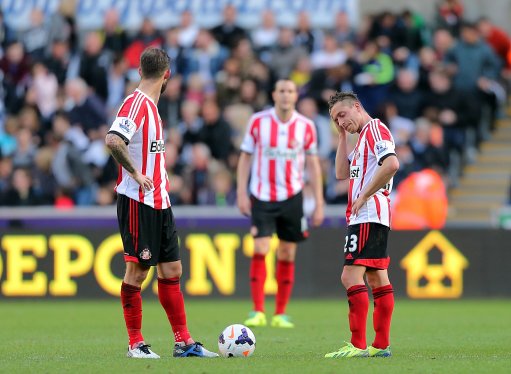 Having harvested but one, dismal, solitary, lonely point – garnered from their 1-1 draw against Southampton back in August – from their opening eight Premier League games, Dunderland (typo, but it stays) are well on course to pulling off the worst total haul in the history of everything ever as their jumble-sale squad lurch from one pathetic defeat to the next.

It’s only fitting then, that some enterprising young guru out there should set up a site to fully commemorate the Black Cats’ record-flirting false start and that’s why we’re more than pleased to introduce you too…

Things That Have More Points Than Sunderland

As well as providing a list of things with more points that Gus Poyet’s drifters, the site also features a cavalcade of stats that wallow in the club’s misery, e.g: “at their current scoring rate, it will take Sunderland 7 years, 2 months & 15 days to reach the 40-point mark”.

It’s all good stuff which may, just may, have been put together by a Newcastle fan.