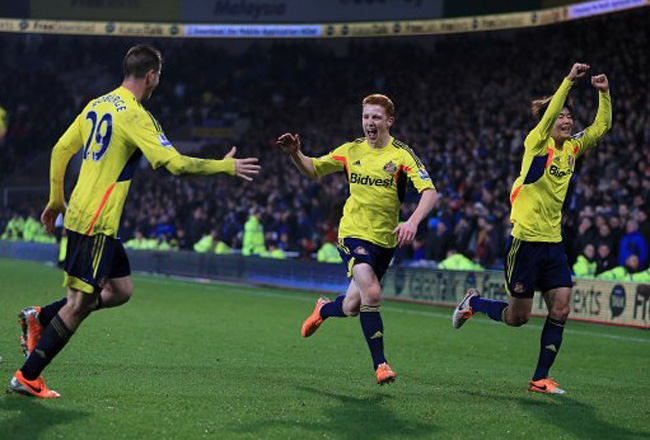 Yes this is rather late but hey, it’s Christmas so there. With Malky Mackay out and a permanent new boss yet to be enlisted by Cardiff’s resident loon, Vinny Tan, the Bluebirds still looked to have secured a precious victory on Saturday. The goals came courtesy of the ever-impressive Jordon “with an o” Mutch and Frazier Campbell. However, late on the Black Cats staged a mighty comeback, with goals from Steven Fletcher and Jack Colback (via an almighty deflection) bursting Tan’s bubble and securing a vital point from Gus Poyet and co. Cardiff finish the year two points clear of the drop-zone while Sunderland are two points worse off than any other side.