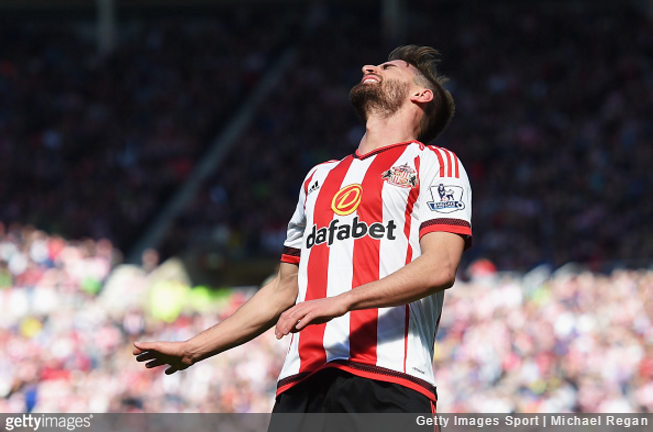 As the north-east club stare relegation in the face, they need their best players to stand up and be counted; to take the team by the scruff of the neck and pull them out of the mire to ensure survival for another year.

Instead, well – take a look for yourself…

With the Black Cats trailing by one goal to league leaders Leicester, ex-Liverpool sub Borini had a golden opportunity to level the score and give Sam Allardyce’s team a fighting chance of trying to avoid playing Championship football next season.

Instead, Borini somehow sliced the ball up and into his own face, much to the amusement of everyone watching… except perhaps Big Sam.

They say transfers are a seller’s market these days, and Liverpool will be glad to have wrung the princely sum of £8million from Sunderland for the Italian. Rodwell, for the record, cost the club £10million a couple of summers ago.

Good luck for the rest of the season. You’re going to need it.