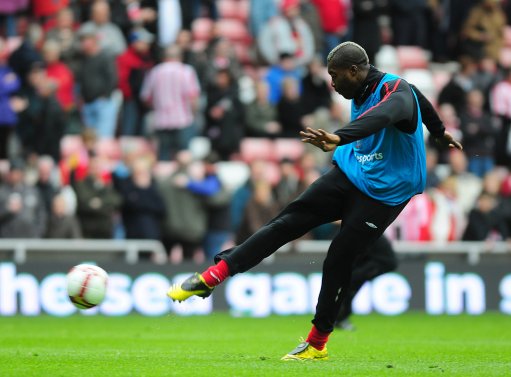 A Sunderland supporter is suing the club after being knocked unconscious by a trademark high-velocity, utterly directionless Djibril Cisse shot (who was on loan from Marseille at the time) during an open training session three years ago.

“We had a supporter who got a bad injury. I think it was one of Djibril Cisse’s misses where he had a shot from 20 yards.

“I’m making fun of it now, but it knocked a supporter out. It was quite serious. That supporter is in the process of suing us right now. It was one of those things.”

How’s that for an afternoon headline? You couldn’t make it up.