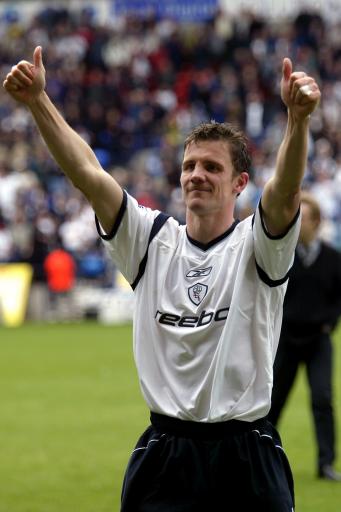 Icelandic ex-footballer Gudni Bergsson, who made a name for himself in Blighty with both Tottenham and Bolton in the nineties and early noughties is in the news again. Well, in Iceland anyway. And on Pies, obviously.

The qualified lawyer and Icelandic TV presenter came to the rescue of a colleague who was being attacked outside the offices of legal firm Lagastod Lágmúla. The 46-year-old former full-back was stabbed twice in the thigh as he fought off the attacker, who was later arrested by police.

Bergsson’s mate is in hospital but will live to practice law another day while Gudni himself only suffered minor injuries. Check out the story here, with a fantastically rubbish Google translation.

Footballer, lawyer and now crime-fighting superhero? Is there no end to good old Gudni’s talents?