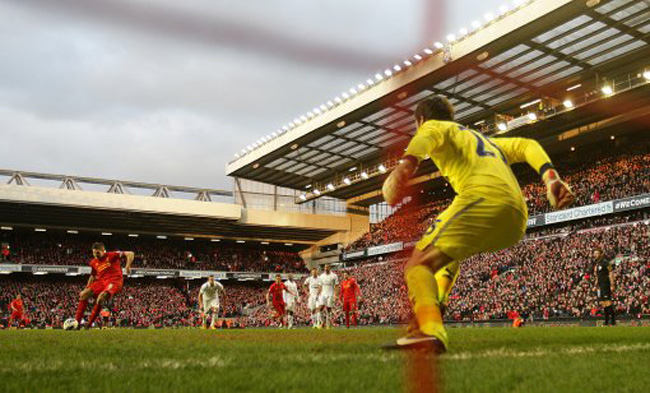 Even two goals from none other than Jan Vertonghen weren’t enough to earn Spurs any points at Anfield on Sunday afternoon after an entertaining encounter with Liverpool.

Luis Suarez scored yet again, this time opening the scoring on 21 minutes to give the home side the lead. However, AVB’s men, with their eyes focused on securing that all-important Champions League berth, battled themselves back into the game.

Belgian defender Vertonghen has been one of the stand-out performers in the top division this season, and the Spurs star headed home on half-time before putting his side ahead not long after the break.

Brendan Rodgers’ charges also have their eye on Europe and fought back, firstly via a Stewart Downing effort on 66 minutes and then courtesy of a Stevie G penalty. The spot-kick had come after a clumsy challenge on Suarez by Benoit Assou-Ekotto and the goal was enough to give the home side the win.

Tottenham stay two points clear of Chelsea and seven ahead of Arsenal, albeit having played a game more, while Liverpool move up to sixth, two points behind the Gunners.