Emmanuel Adebayor picks up the 2008 African Footballer of the Year award with his mother (far left, not Sepp Blatter) by his side

We feel you may be best off taking this one with a pinch of salt, but Emmanuel Adebayor has apparently been forced into ostracising his own mum after finding that she and several other members of his family have been secretly attempting to sabotage his football career by using witchcraft.

Tottenham fans, feel free to insert your own punchlines at this juncture.

According to Ghanaian news outlet All Sports, Adebayor has thrown his mother, Alice Emiola, and several of his siblings out of his family house on the Togo/Ghana border after discovering they were trying to use “juju” to bring his career to a premature end.

Adebayor’s sister Maggie told a radio station in Accra that the Spurs striker hasn’t seen his mother after turfing her out of the house a year ago and is now refusing to even answer her phone calls.

“As of now, our mother is selling polythene bags, padlocks and other things on the border.

“Our mother has not seen [Adebayor] for more than a year and he rejects her calls any time.

“Our mother is not calling him for his money, she just wants to see him because she loves him very much.”

However, in what is being described as a “sharp response”, Adebayor admitted to the very same radio station on Thursday morning that he has been neglecting his mother – but for a very good reason.

Asked when was the last time he spoke to his mum, Adebayor replied:

“How can I talk to a mother who together with my sisters have been plotting juju against me?”

Quite – though to be fair, he doesn’t exactly give off the air of a man whose had his career scuttled by black magic, now does he? 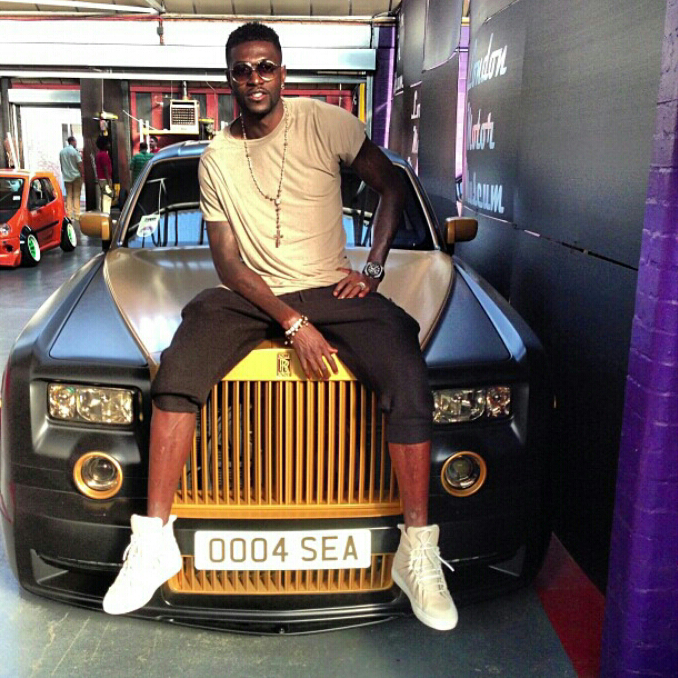