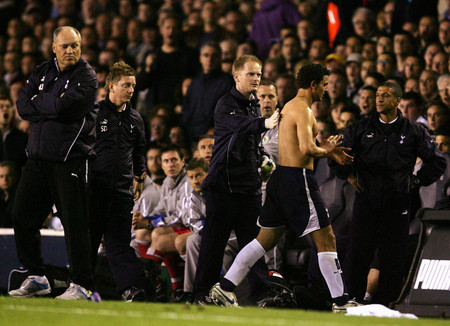 Tottenham manager Martin Jol glances over his shoulder at Egyptian midfielder Hossam Ghaly, who took off his shirt after he was substituted on and then off during last night’s Premiership match between Spurs and Blackburn Rovers at White Hart Lane. The match ended 1-1. What does Ghaly expect? He’s rubbish, after all.
[Photo: Julian Finney/Getty Images]