Here we go folks. Pies’ pick of the top ten Premier League players who are in desperate need of, or who could simply benefit tremendously from, a loan move come January time… 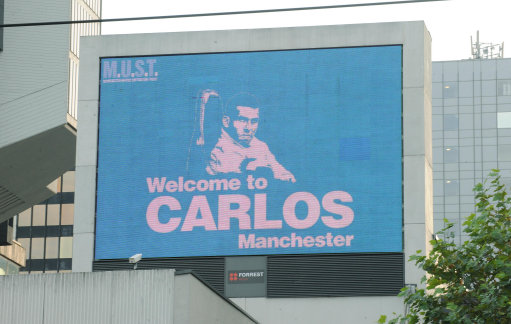 Let’s get the obvious one out of the way up top. Tevez doesn’t want City, City don’t want him and he’ll be shipped out to whoever’s willing to stump up the money (i.e, AC Milan) as soon as the calendar ticks over into 2012. City obviously want to get shot and sell the ork in their ointment outright, but a precursory, water-testing loan move looks much more likely. 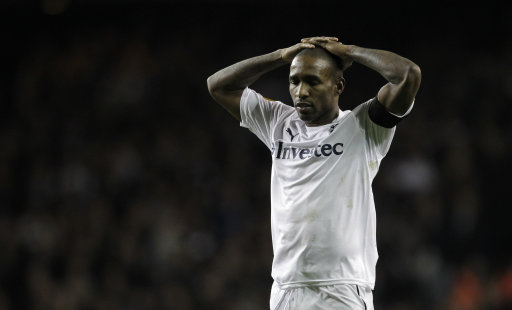 Pretty low on the list because ‘Arry Redknapp wouldn’t let it happen in a month of Sundays and he’ll still be in England’s Euro 2012 squad even if he doesn’t play again between now and July, but Defoe is a tried and true striker capable of nabbing 15+ goals in the Premier League and is stuck down the pecking order behind the more versatile and imposing Emmanuel Adebayor at Spurs. There’s rumoured interest from Everton and QPR, but let’s be real – it ain’t gonna happen. 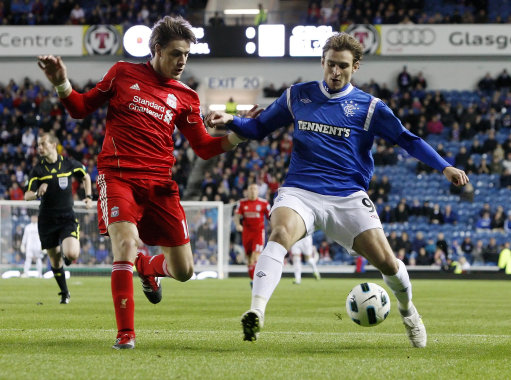 Yes, I know he’s only just arrived at Anfield but bear with me. Coates has looked intermittently ‘polished’ and ‘flimsier than a box of wet tissues’, with precious little of the ‘inbetween’ during his first few outings at the back for Liverpool and could benefit greatly from a few months on loan at a side where he’d be playing regularly in the Premier League. Someone like, say, Bolton?

While we’re on the subject, Liverpool could probably afford to farm out a couple of their phalanx of promising young full-backs (Wilson, Robinson, Flanagan, etc) come the New Year to a Championship club in dire need of defenders. Someone like, say, Forest? 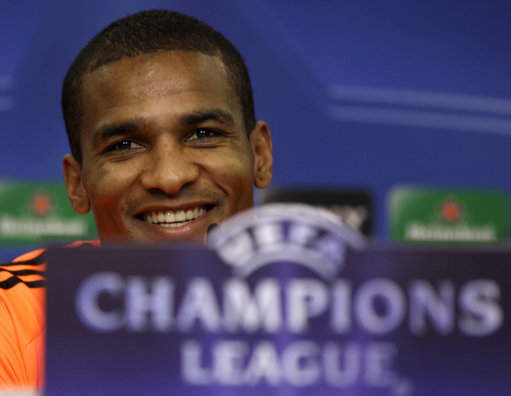 Simply too good to go to waste, Malouda has spent the majority of his time on the Chelsea bench this season after scoring a shed load last time out. He’s 31 now and definitely past his peak, but not by much. Definitely has a swan song left in the tank but, given the arrival of Juan Mata and the emergence of Daniel Sturridge, it almost certainly won’t come at Stamford Bridge. 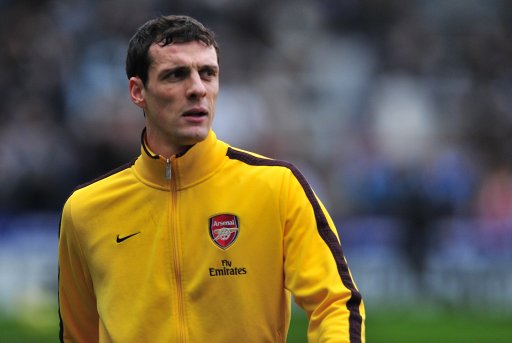 Just needs to get the hell out of Dodge pronto. Not wanted and, furthermore, not really needed – at least until the ominous call is next sounded that Thomas Vermaelen has been ruled out ‘for a few weeks’ that is and an immediate recall is required. As a great man once said, that’s why they put erasers on pencils. 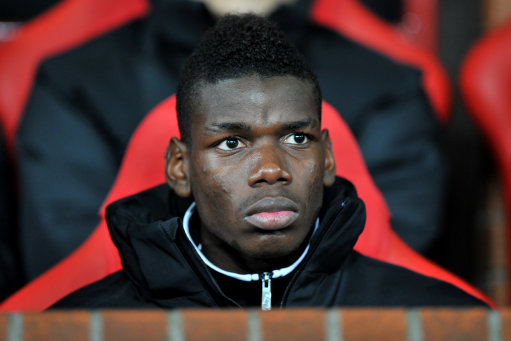 Pogba spent last season rocketing goals in from 25+ yards for United’s reserves on an almost weekly basis and, at the age of 18, has already been handed a few full starts in the Carling Cup. He’s apparently not quite ready to be trusted as a regular starter at Old Trafford despite their paucity of midfield options, but Pogba has a glowing reputation at the club and has been earmarked for greatness by those in the know, so a clearer shot at regular first-team football on a temporary basis somewhere else may be called for to stave off those itchy feet and so the rest of us can see how good he really is. 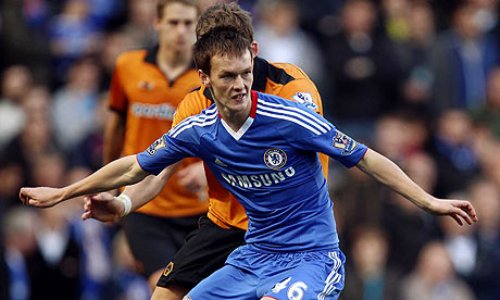 Another 18-year old midfield tyro who has been earmarked for great things and has shown glimpses of great maturity and finesse whenever given the chance, but who also has the misfortune of being stuck behind a raft of more senior competition. Chelsea would be loathe to lose McEachran with him this close to bloom so, as with Pogba, a wodge of first-team football at a surrogate club would surely be beneficial to both parties? 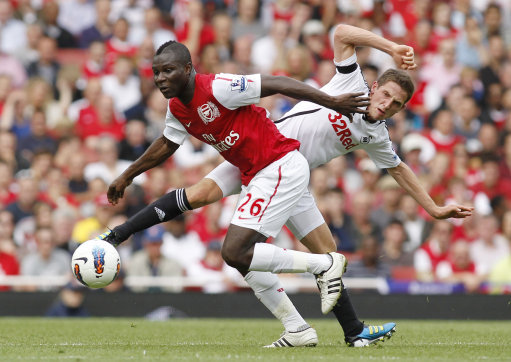 Fast, ultra-mobile, committed and completely bloody manic, Frimpong is undeniably the ‘denchest’ player in the Premier League and could be an immense destructive midfielder in the Essien (of a couple of years ago) mould if he succesfully curbs his lunatic tendencies. Only problem is, Alex Song has been an absolute colossus for Arsenal this season and, while that’s good news for the Gunners, it’s not particularly great for Frimpong’s development. 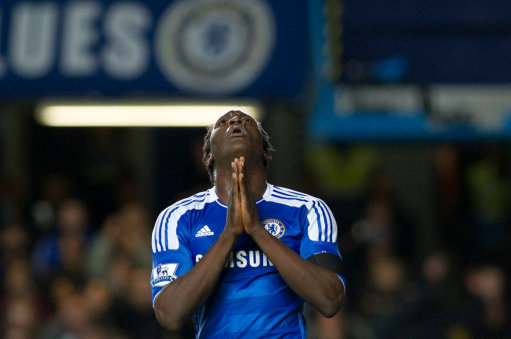 Even if Nicolas Anelka calls it a day and goes chasing the Arab/MLS/Chinese coin in January, Chelsea will still have a lot of good strikers and Lukaku isn’t in amongst them at the moment. Nearly joined Stoke on loan in the summer until a pesky little Premier League ruling that states a player can’t sign for one club then go out on loan in the same window came to light. He may still only be 18, but the Belgian made a blistering start to his young career in his homeland and it’s in real danger of fizzling out if he stays where he is. 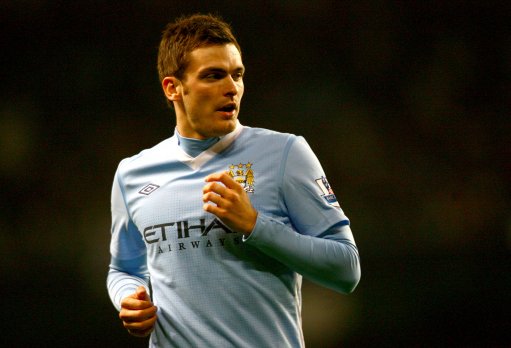 Man City have a lot of players competing for those spots on the flank in Roberto’s front three and Johnson routinely finds himself behind not only David Silva, Mario Balotelli and Samir Nasri but James Milner as well – whose higher defensive work-rate is obviously preferable to Johnson’s nimble, flighty approach play. Needs to be on that plane to Polkraine next summer, and needs to get games to prove his worth to Fabio Capello. A loan move is a no brainer, but it probably won’t happen if Mancini gets his way.

Agree/Disagree? Any outstanding candidates we’ve missed? Let us know all about it in the comments box below…