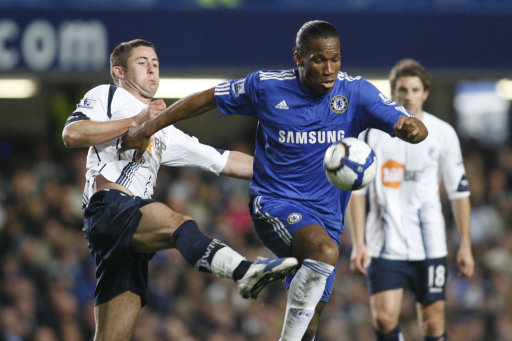 With only days remaining until the January transfer window opens, club owners and managers are readying their chequebook and pens (real ones, mind, not the Blankety Blank variety), as they prepare to make those vital signings to bolster a title tilt or save themselves from a relegation dogfight.

With Thierry Henry headed for Arsenal on a loan deal, the Gunners’ west London rivals Chelsea are now preparing to bring Bolton and England centre-half Gary Cahill to Stamford Bridge. The former Villa defender came close to moving to either Arsenal or Tottenham last summer, only for the north Londoners to be put off by the ridiculously high price-tag put on the player, who was nearing the end of his contract with the Trotters. But now, Andre Villas-Boas, unhappy with the performances of wild-haired loony David Luiz and aware that John Terry is getting on a bit, wants to strengthen his defensive squad with Cahill.

A fee has been agreed between the two clubs already, although talks over personal terms continue as we speak.

So can the 26-year-old Cahill, who has endured a dreadful first half of the season with the Trotters, really help the Blues get their title ambitions back on track?