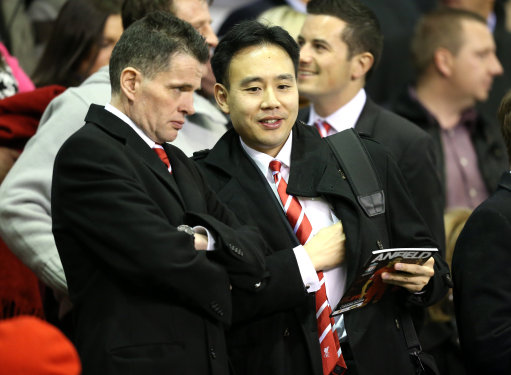 Liverpool’s managing director Ian Ayre has offered a full written apology to a football blogger by the name of Sean Cummins, who was on the smelly end of what Ayre called the ‘inappropriate’ conduct of the club’s communications director, Jen Chang.

Cummins, the man behind the Twitter account of spoof journalist Duncan Jenkins, came to the attention of Chang after making a few educated guesses, which he dressed up as ‘inside information’ (it was all based on little more than second-hand tittle-tattle he’d picked up on internet message boards and the like) about Liverpool’s summer transfer targets that came to fruition.

Convinced he had a mole working for him inside the club, Chang then set about identifying the man behind the Duncan Jenkins account in order to rat out the fictional journalist’s fictional source, who he later claimed had cost Liverpool money (an extra £300,000) in their supposedly covert pursuit of Fabio Borini, then of Roma.

After identifying him, Chang became so obsessed and concerned about Jenkins’ Tweets that he scheduled a meeting with Cummins at a restaurant in Manchester back in August where he requested that the 35-year-old professional copy writer come clean to his 40,000+ followers and tell them that Jenkins was a spoof character and that he wasn’t actually privy to any ‘inside information’. 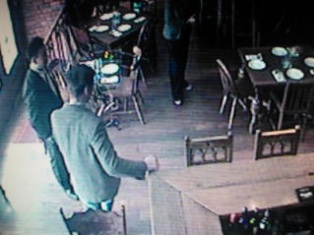 Chang and Cummins arrive for lunch at Evuna restaurant in Manchester

Cummins/Jenkins then posted a blog about the meeting and the series of heavy-handed threats (including having his season ticket torn up, a lifetime ban from Anfield, smear stories being placed in the press designed to turn Liverpool fans against him and the ruining of Cummins’ father’s online business) Chang made in order to pressure him into revealing himself as a fraud – a fact which most members of the football blogging community were already well aware of.

You can read the truly shocking blog account in full, plus all the email exchanges between Cummins and Chang, here.

Asked at the time whether Cummins’ account of the meeting was accurate, Chang replied that it was ‘total nonsense’, though through CCTV footage, phone and email records, every element of Cummins’ story that was possible to verify has been verified – leading Ian Ayre to make the following apology to the man himself:

“Based on everything I have heard and seen, including information provided by the parties involved in the matter, I acknowledge some of the elements you highlight were not appropriate.

“I would therefore like to apologise to you on behalf of Liverpool FC, for any upset and distress this caused you.

“Clearly it is not appropriate for me to comment on how the club is managing this internally, and I trust you understand this.”

Cummins then told the brilliant Sporting Intelligence (@sportingintel), who put in a lot of hard yards following this story, that he finally felt vindicated: “All I wanted was an apology, and I got one in writing today.”