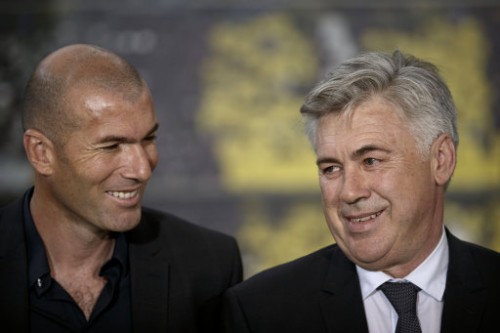 “Fly Zizou my pretty, and don’t dare return until Gareth Bale has been tapped up”

Being as he’s now employed as one of Florentino Perez’s blue flying monkeys, Zinedine Zidane has been adding his grunt to Real Madrid’s sustained blitzkreig campaign to dislodge Gareth Bale from Tottenham this summer, openly pleading with Spurs not to deny the winger his “once in a lifetime” move to the Bernabeu.

“It is not unusual when a player knows that Real Madrid are interested in them that they get excited. There is nothing more prestigious for a player to wear the white of Real Madrid,” Zidane told press in Los Angeles.

“If he has expressed a desire to join Madrid then Tottenham should give him permission to speak with us. The chance to play for Real Madrid might only come around once in a player’s lifetime – and it is understandable that Gareth doesn’t want to miss out on it.”

Meanwhile, Bale himself has still said precisely nothing to no-one and still has three full years left on his Tottenham contract – y’know, just for the record.