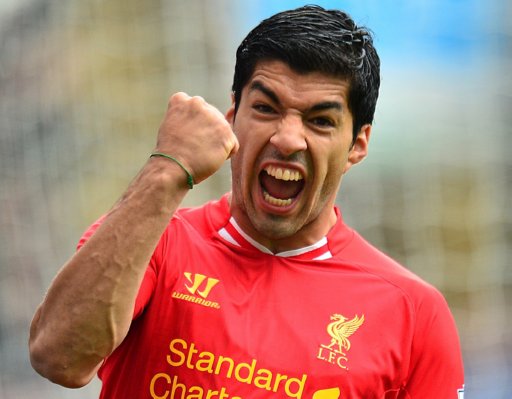 It would appear that the team banned from conducting transfer activity are edging ever closer to signing the player banned from all global football activity, with news that Barcelona may have agreed a fee with Liverpool for Luis Suarez following “productive talks” between the two parties.

Talk of an £70-80million release clause has been bandied around, but it would appear that both clubs have finally settled on a slightly lower price – at least according to a fairly reliable (usually) source.

Xavi Torres, of Catalan broadcasting network TV3, has Tweeted to inform the world that Liverpool have accepted a £63million bid from Barcelona for Luis Suarez after the two clubs met in London yesterday to discuss the transfer.

Nothing’s officially confirmed as yet, but – rest assured, we’ll keep you posted as per.