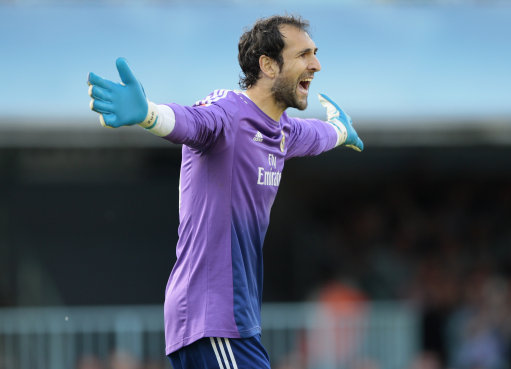 Published via Real Madrid’s official website, departing goalkeeper Diego Lopez has written a really rather lovely farewell letter to the club and their fans on the eve of his move to Italy.

Having spent the majority of his early career at Real, Lopez returned to Los Blancos at the beginning of the 2013/14 season after spending seven years away with Villarreal and a further one at Sevilla.

He proceeded to do the unthinkable and take Saint Iker Casillas’ place in the first-team, keeping hold of it with gusto thanks to a string of impeccable performances over the course of the season.

However, with Casillas seemingly reinstated as Carlo Ancelotti’s No.1 for the upcoming campaign, Lopez decided to move on once again – signing a permanent deal with AC Milan earlier in the week.

Here is Lopez’s letter in full: a really rather classy affair from start to end… 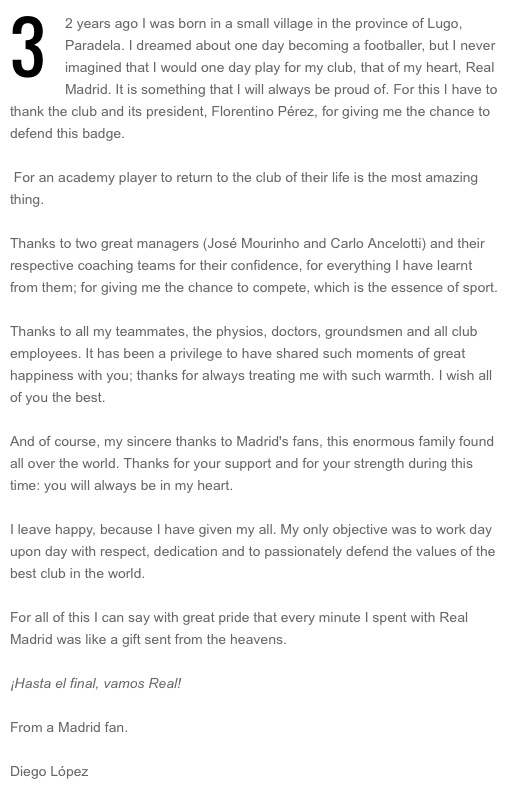