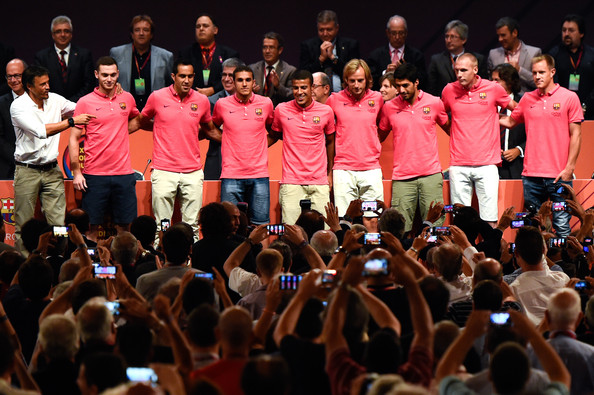 FIFA have announced that they have rejected Barcelona’s appeal against their transfer ban for, and we quote, “breaches relating to the international transfer and registration of U18 players.”

“The FIFA Appeal Committee has decided to reject the appeals lodged by Spanish club FC Barcelona and the Real Federación Española de Fútbol (RFEF) and to confirm in their entirety the decisions rendered by the FIFA Disciplinary Committee in the respective cases relating to the protection of minors.”

Barcelona have also been fined around £300,000 for their troubles.

The ban was first sanctioned back at the beginning of April, but Barca’s appeal meant that it was prevented from coming into play until the appeal process was concluded – allowing the Catalans to spluff £129million on six senior summer signings including Luis Suarez, Marc-Andre ter Stegen, Ivan Rakitic and Thomas Vermaelen to tide them over.

The club will now be prevented from making any transfers, both in and out, for two consecutive transfer windows beginning with the one in January 2015.

Only time will tell if this one actually sticks.