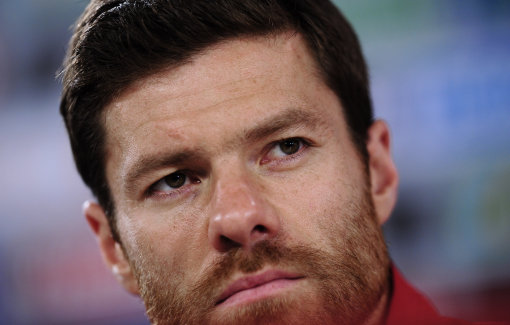 No word from Bayern Munich as yet but Real Madrid have gone ahead and confirmed that Xabi Alonso has left their realm after five years at the Bernabeu in order to sign with the Bundesliga champions.

A brief statement appeared on the Real website on Thursday night after Alonso had passed his Bayern medical, which read thus:

“Real Madrid CF and Bayern Munich have reached an agreement for the transfer of the player Xabi Alonso.

“The player will appear before the media on Friday at 11:00 pm in the press room at the Santiago Bernabeu stadium.”

Positively dripping with emotion and good-will, that one.

Alonso, who reportedly snubbed a similar move to Manchester United a couple of weeks ago, is thought to be moving for a fee of roughly £5million.

We’ll have more details re: the deal, as and when they are made available.