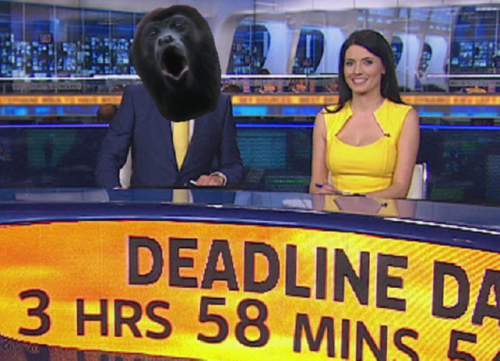 Joy of joys, it’s time to release the Babelcopter for it’s that time of year again: Transfer Deadline Day™, where absolutely any old rubbish goes right up until the stroke midnight.

As per, Pies will endeavour to bring you the tastiest transfer morsels and official done-deals over the course of Deadline Day™, right up until the point where we get well and truly bored with it (usually around mid-afternoon!).

If anything, we promise to be a damn sight quieter than the 1,000-decibel bullshit tornado that is Sky Sports News…

Right, after 11 hours at the coal-face and with all the big moves that were going to happen having probably already happened (bar the big’n), I’m off to 5-a-side. Afraid you’re on your own from here peeps. Best of luck!

It would seem that Jermain Defoe is not going anywhere in this window. Indeed, the Toronto Sun have confirmed that Toronto FC have rejected “multiple offers” for the striker today and have no intention of selling.

That confirmation from Ajax that Blind is now an #mufc player means £800m+ spent by Premier League clubs this summer. Average of £40m each.

How about that? Some mind-bogglingly enormous figures right there! 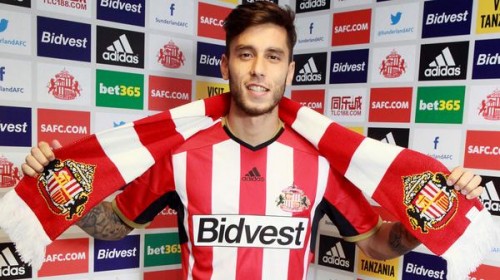 Official: Sunderland have signed Ricky Alvarez – a man once described by Rory Smith as “extraordinarily unreliable” – on a season-long loan from Inter Milan. Alvarez is the Black Cats’ ninth signing of the summer so far…

Sources on Twitter are suggesting that Fabio Borini is asking for £90,000-a-week to join QPR. If so, football is well and truly broken!

Official: Ajax have confirmed via their website that Daley Blind has completed his move to Manchester United after the two clubs agreed a fee (£14million) a couple of days ago.

Sky Sports News are reporting that Valencia are still beavering away on a loan deal for Man City striker Alvaro Negredo. Los Che are quibbling over City’s insistence that an “obligation” to buy the forward at the end of the season be inserted into the small print.

Danny Welbeck’s agent has told BBC Radio 5 Live that his client will join Arsenal for £18million if the deal is a permanent one and £3million if it’s a loan.

This raised a titter: Apparently the swap deal between AC Milan and Parma for Jonathan Biabiany and Cristian Zaccardo has collapsed despite both players being presented at their respective new clubs! 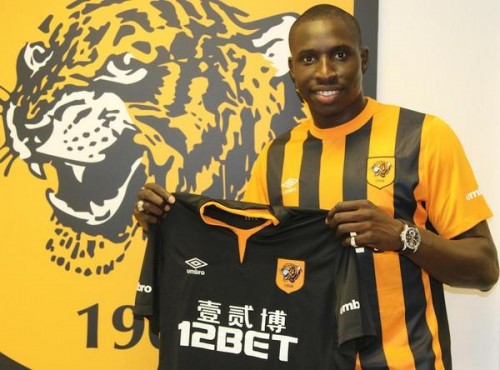 Forget that, here’s Mo with his new Hull shirt. The Senegalese midfielder has signed a three-year deal at the KC.

Sky Sports News reporting that Hull City have signed Mohamed Diame from West Ham. Yet to be confirmed by either club. 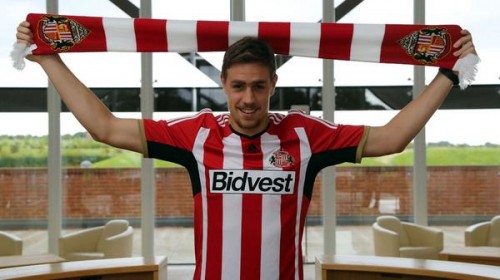 Sebastian Coates has sealed a season-long loan move from Liverpool to Sunderland, as you can probably tell from this photo…

Wilfried Bony’s agent has confirmed to Sky Sports News that the Ivorian striker will be staying at Swansea despite late interest from Tottenham and Monaco.

The Telegraph have a bit more on the Falcao deal, with Manchester United agreeing to pay the striker’s extortionate £346,000-a-week Monaco salary IN FULL on top of a £6million fee. All together, the one-season loan is going to reportedly cost United £24million. Ouch!

The London Evening Standard’s James Olley has confirmed that Danny Welbeck is currently at Arsenal’s training ground (training with England, no?) and would prefer to join the Gunners over Tottenham.

AS journalist Joaquin Maroto is claiming that Arsenal have had a €40million bid for Dortmund’s Marco Reus knocked back. Was that the “take or leave it” offer that was foretold in the prophecy? 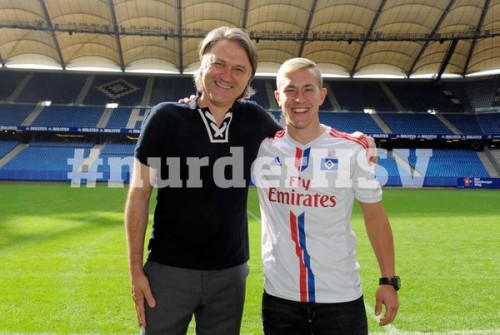 Lewis Holtby has completed his loan move to Hamburg from Tottenham. The BBC have confirmed that the German side have an option to buy Holtby come the summer. 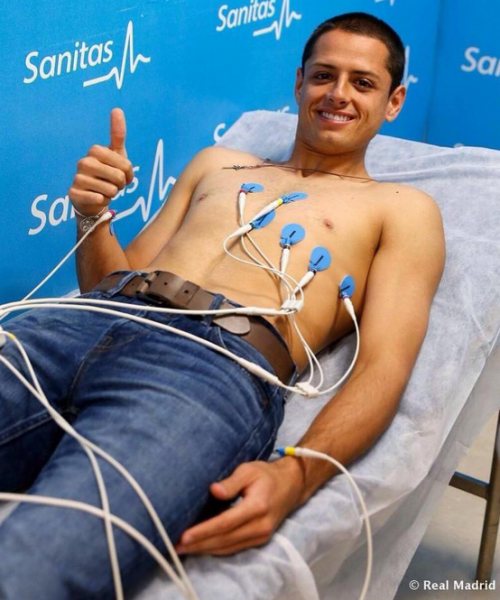 According to Portuguese paper O Jogo, Joel Campbell’s agent has flown into London to try to convince Arsenal to let his client join Benfica tonight. 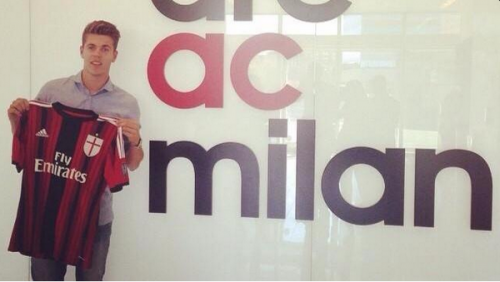 Marco van Ginkel is 100% an AC Milan player – for the next nine months or so, at least…

The Mail’s Matt Barlow also reckons that QPR are close to signing Arsenal youngling Francis Coquelin while teammate Ryo Miyaichi is on the verge of joining Twente on loan.

According to the Mail, QPR have had a £10million bid (reported as £6million elsewhere) accepted for Tottenham midfielder Sandro.

The French paper are also claiming that Marseille winger Andre Ayew has turned his nose up at a bid from Hull City.

L’Equipe are reporting that former Fulham and Liverpool left-back John Arne Riise, 33, has joined APOEL on a two-year deal.

Hull City have broken their transfer record to sign Abel Hernandez from Palermo. The 24-year-old Uruguayan moves to the KC Stadium on a three-year deal for a fee believed to be in the region of £9.5million. 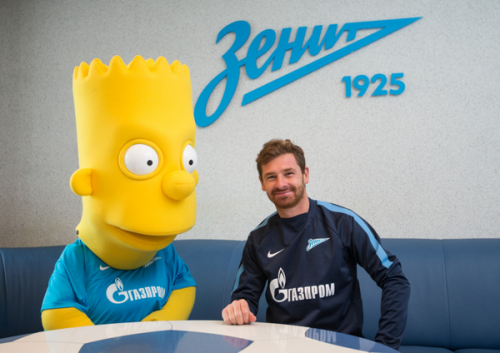 Here’s Zenit coach AVB posing with his big summer signing. Looks a little jaundiced to us…

ITV are reporting that Lassana Diarra’s purported transfer to QPR has fallen through despite the Lokomotiv Moscow midfielder passing a medical at Loftus Road on Saturday.

According to Echo journo James Pearce, Liverpool have finally – finally! – accepted a bid for Fabio Borini, with QPR, not Sunderland as expected, lodging a £12million offer for the Italian forward. Borini has been granted permission to hold talks, so we’ll see what happens.

It wouldn’t be a transfer window without Joao Moutinho’s name being touted around. Nothing official, but the rumour is that both Manchester United and Valencia have been offered the Monaco midfielder by his agent, Pini Zahavi. 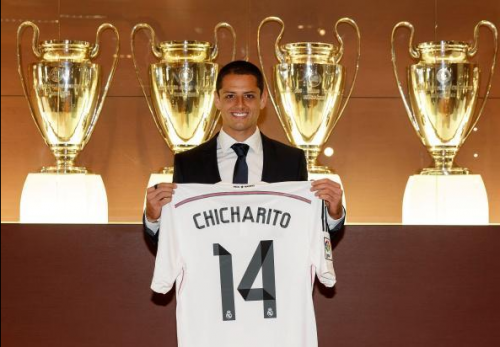 Likewise, here’s Chicharito looking proud as punch, posing with his new Real Madrid shirt having bagged his lucky No.14 jersey… 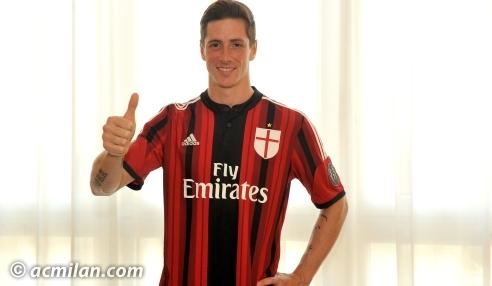 “Anderson to Burnley” is our new favourite deadline day rumour. Bakers and confectioners of Lancashire breath a sigh of relief – your man ain’t goin’ nowhere!

One from this morning that escaped our notice: Aston Villa have confirmed that midfielder Karim El Ahmadi has rejoined Feyenoord on a three-year deal. That went well.

With initial talks progressing positively, the Independent are reporting that Liverpool are going to hold fire on any deal to sign Victor Valdes for one month in order to give the ex-Barcelona keeper’s cruciate injury chance to heal properly. More on that one here. 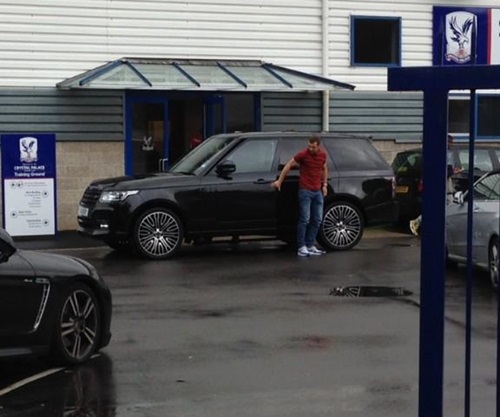 Spotted by Croydon Advertiser reporter Mark Ritson, James McArthur is at Crystal Palace for a medical ahead of his impending club record £7million move from Wigan.

As per the ESPN live blog, Everton have had an £8million bid turned down for Stoke centre-half Ryan Shawcross.

As claimed by the Independent among several others, Harry Redknapp is keen to raid former club Tottenham for both Aaron Lennon and Sandro. 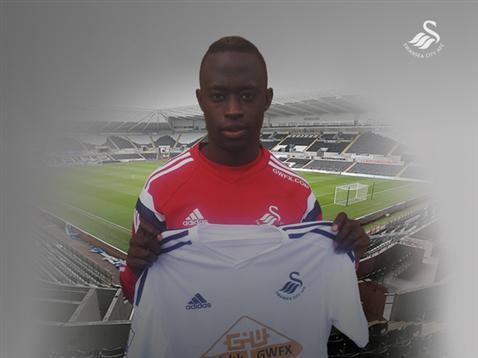 Swansea have officially announced the signing of 21-year-old striker Modou Barrow from Swedish side Ostersunds FK.

As well as claiming that Everton are now favourites to sign Tom Cleverley, the Independent are also reporting Tottenham have upped their offer for Southampton striker Jay Rodriguez to a whopping £15million plus Andros Townsend.

Speaking of the Saints, it’s also being reported by ESPN FC that the club are “confident” of tying up a loan deal for Atletico Madrid’s Toby Alderweireld.

Southampton are being linked with a couple of signings today with Sporting Lisbon winger Diego Capel’s name being bandied about as well as £12million-rated Red Bull Sazburg midfielder Sadio Mane. According to Guardian journo Daniel Taylor, a loan deal for Capel is “almost done“.

The BBC are reporting that Liverpool defender Sebastian Coates is close to joining Sunderland on a year-long loan. 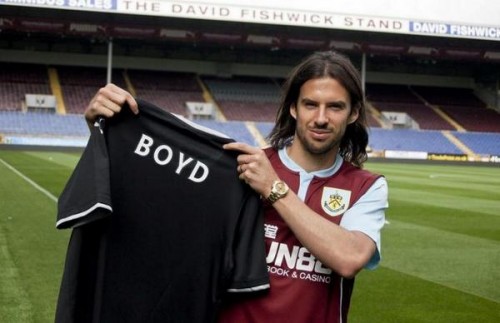 Scratch that, George Boyd’s move to Burnley is now official…

If rumours are to be believed, Hull are trying to replace Boyd with a loan move for Manchester United youngster Nick Powell.

George “The White Pele” Boyd is reportedly on the way to Burnley after Hull City accepted a £3million bid. 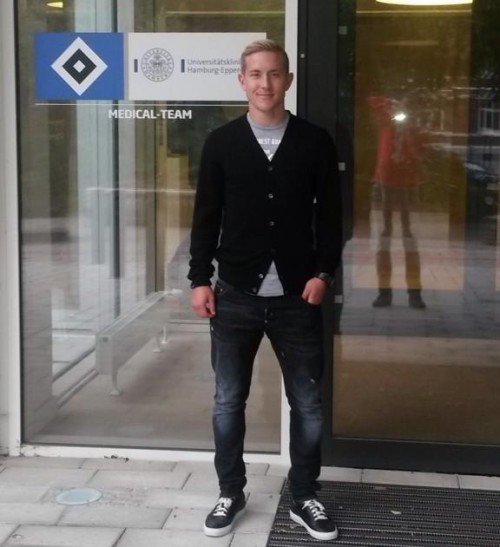 Tottenham midfielder Lewis Holtby is in Hamburg having a medical and, to be fair, he looks pretty chuffed about it!

According to Guardian journo Stuart James, Mohamed Diame is close to joining Hull City from West Ham with the move expected to go through later today.

It’s being mooted by several sources that Manchester United have signed Falcao as Louis van Gaal has concerns over Robin van Persie’s susceptibility to injuries.

In slightly less exciting news, both Sunderland and Tottenham have been quoted a £4million fee for taking Danny Welbeck on loan for a year from Manchester United. 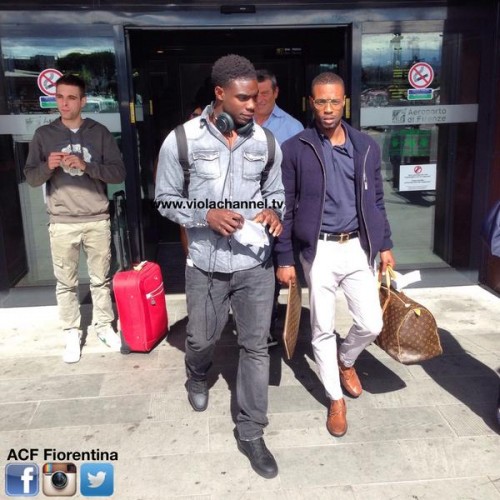 Micah Richards is definitely in Florence with a loan move to Fiorentina in the pipeline.

Holy sh*t! Manchester United have come from nowhere to clinch the loan signing of Radamel Falcao. More on that here.

The Guardian are reporting that Micah Richards has flown out to Italy to undergo a medical with Fiorentina ahead of a season-long loan deal which could turn into a permanent deal in the summer. Fun fact: Richards is Man City’s longest-serving player. 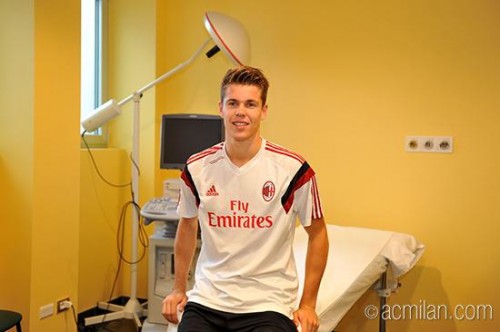 With Fernando Torres joining over the weekend, AC Milan are also in the closing stages of tying up a loan deal for Chelsea midfielder Marco van Ginkel. Here he is having his medical at Milanello.

Speaking of Falcao (something we fear we may be doing a lot of today), there are rumours emanating from Spain that Manchester United have now also entered the fray to sign the Colombian striker.

Apparently, Radamel Falcao has recently started following Ander Herrera, David Silva, Andres Iniesta and Joel Campbell on Twitter. This must be some kind of sign! 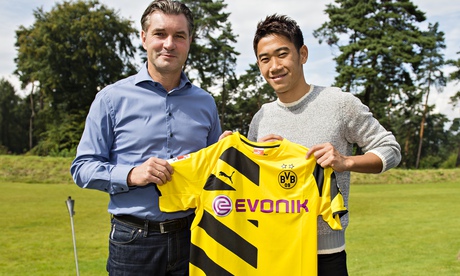 With Shinji Kagawa re-joining Dortmund yesterday, the BBC seem to think that Man Utd’s herd is about to be thinned even further with striker Javier Hernandez close to sealing a season-long loan move to Real Madrid.

With Falcao proving a bit too rich for their blood, Arsenal will instead make a £12million approach for Sevilla striker Carlos Bacca.

MARCA reckon Valencia are on the verge of agreeing a loan deal for Man City striker Alvaro Negredo, thus clearing space for Falcao’s imminent arrival at the Etihad.

The Guardian are reporting that Monaco have offered Radamel Falcao to both Arsenal and Man City in return for a princely £55million.

It wouldn’t be deadline day without ‘Arry going in for Jermaine Defoe, with the word on the wire being that QPR are trying to sign the striker from Toronto FC.

After Sunday’s stale draw against Leicester City, Arsenal are under serious pressure to invigorate their squad, with a striker the priority. With that in mind, the Metro are reporting that Arsene has made an approach for another diminutive, five-foot-nothing attacking midfielder in the shape of Juventus’ Sebastian Giovinco.