Like a scene from Marion & Geoff, here’s Luis Suarez having a little cry to himself in the car after saying his final goodbyes to everyone at Liverpool’s Melwood training HQ today… 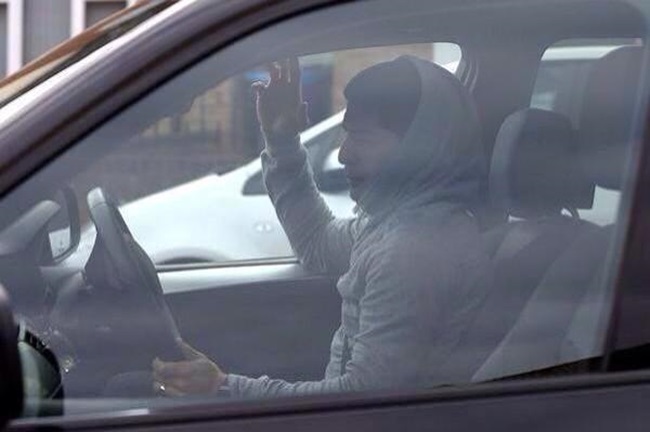 That’s right, Luis: let it all out.

Suarez had returned to Liverpool to pick up a few of his personal belongings and, slightly confusingly, give Steven Gerrard a signed Barcelona shirt.

UPDATE: Turns out the photo is over one year old, taken shortly after Suarez had bitten Branislav Ivanovic.

Oh well, sod that then.