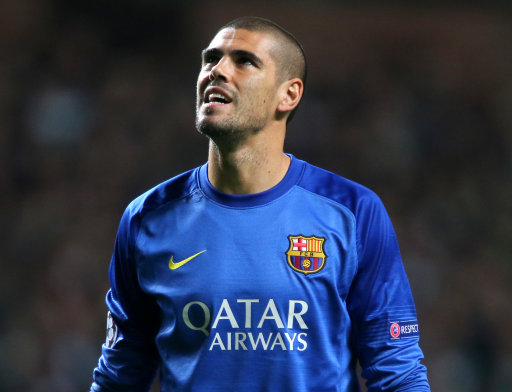 As you may well be aware, Liverpool have entered talks with the representatives of former Barcelona goalkeeper Victor Valdes today over a possible move to Anfield.

However, the Independent are claiming that despite the two party’s initial talks ending positively, Liverpool are keen to hold fire on the move until next month in order to let the cruciate knee ligament injury he sustained while playing for Barca in March continue to heal.

Valdes, a free agent since his contract at the Camp Nou dwindled to nowt at the end of the season, had previously been linked with a move to Monaco.

However, it would seem that a move to Ligue 1 is now kaput, with the Reds keen to sign the Spanish international stopper us as cover/competition for incumbent N0.1, Simon Mignolet as, let’s face it, Brad Jones is a little bit not very good.