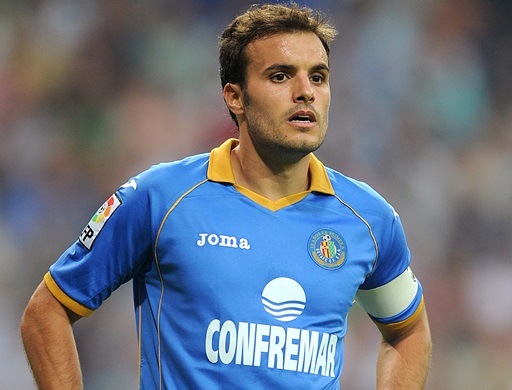 Getafe have got themselves into a bit of a state over in La Liga, with the club hit with a transfer embargo and unable to pay their existing players’ wages after being stung for violating FFP regulations.

Pedro Leon is one of those players, with the former Real Madrid prodigy desperate to leave Getafe as quickly as the 27-year-old winger currently can’t be included in any matchday squads as his salary breaks the club’s imposed wage limits.

Indeed, Getafe’s president, Angel Torres, promised that he would allow Leon to leave if the club received a single official bid for him over the summer.

The transfer window came and went and no offer was made for Leon’s services – at least that’s what Torres would have you believe anyway.

Leon then published what appeared to be a genuine transfer bid from German side Hannover 96 on Twitter on Tuesday afternoon, only for Torres to claim the document was a fake and that Getafe were planning to begin legal action in order to “denounce the perpetrators of this false offer”.

However, Hannover have since confirmed that the offer was genuine – with Alexander Jacob, the Bundesliga club’s press officer, publicly going on record as saying: “This is an original letter of Hannover 96.”

This, of course, led the Getafe president to climb down from his high horse somewhat.

“Now a letter has come from the Germans which they will have to clarify who they gave it to and when – no club can claim to have spoken to us, nor sent us a letter.

“I’m not saying that the document is false, but that letter wasn’t sent to me and it never reached Getafe.

“Hannover said they handed it to some intermediaries,” Torres explained.

However, this all came after Torres had already taken to Twitter to call Leon a “vile liar” – Tweets which have since been deleted, according to AS.

It was at this point that Leon’s agent waded into the equation, appearing to threaten legal action of his own in order to push through a move away from Los Azulones.

“The evidence is overwhelming. Getafe have received official offers through us.

“The offer came from Hannover via a German delegation. I do not think they can deny it.

“If it is not resolved Pedro León otherwise we will have to resort to the courts.”

Such a tangled web we weave.