By ‘eck, West Ham are on it this morning. After already snaring Alex Song on a season-long loan, the Hammers have also signed Nikica Jelavic from Hull City and handed over a reported £3million for the pleasure.

There’s no formal word from either party yet, but the photos of Jelavic holding his new work uniform aloft at Upton Park are already doing the rounds on Twitter… 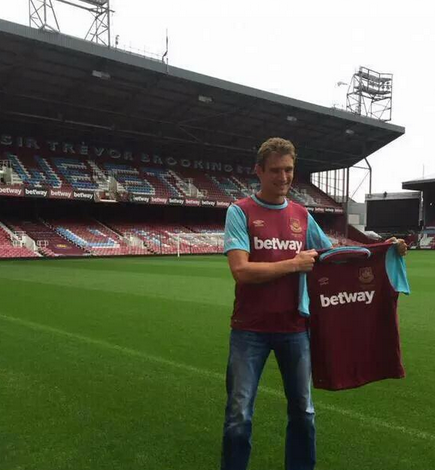 Seems the West Ham fans are pitched somewhere between completely nonplussed and utterly despondent about Jelavic’s acquisition, but he pretty much guarantees you goals, goals, goals in the Premier League.

That is – as in three goals, tops.