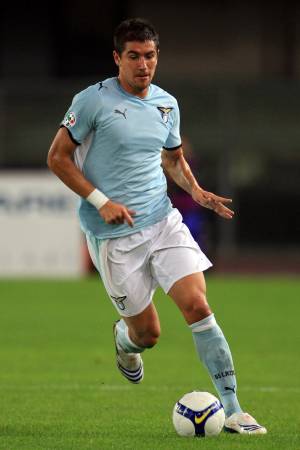 Due to the inescapable fact that Emiliano Insua is their first-choice left back, Liverpool are understandably eager to bring in an actual footballer to fill the berth, and that man is reportedly Lazio’s Aleksandar Kolarov.

Rafa Bentiez is to renew his efforts (Liverpool made initial enquiries in January) to sign the Serbian international before the World Cup begins in June, in a bid to recruit the fullback before a decent tournament inflates his asking price further.

Kolarov should be available relatively cheaply, as Lazio are apparently looking to balance their books following a disappointing outing in the Italian league this time out.

The 25-year-old has been linked with moves to most of the big names in Serie A (most notably Inter Milan) after his tireless performances have proved to be one of the only plus-points in what has been a dismal season for the Biancocelesti.