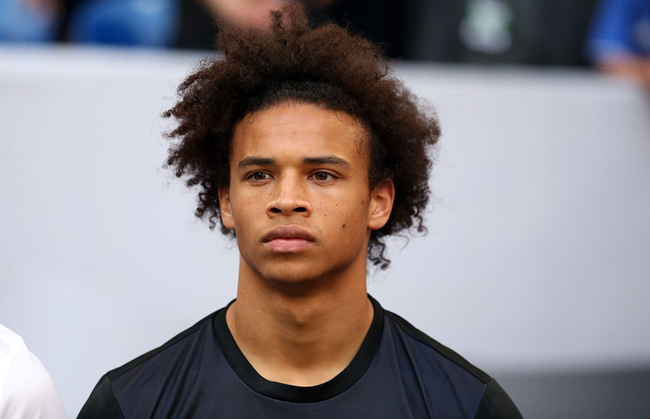 Schalke 04 have all but confirmed that Leroy Sane is on the very cusp of completing his long-mooted transfer to Man City.

The Bundesliga side revealed that the nippy little forward has not travelled to Austria with the rest of the squad for a pre-season training camp and has instead made his way to Manchester to undergo his City medical.

Leroy #Sané is currently in Manchester and will not be travelling with #Schalke to the training camp. #s04 pic.twitter.com/Jz0Mrlv5vO

Images of Sané leaving the Radisson in Manchester this morning. pic.twitter.com/ivxDXCxY9I

It would appear that t’s only a matter of time now before Sane becomes Pep Guardiola’s fifth signing of the summer.

The fee being bandied around is a lofty £31million (rising to £46.5million) which is an awful lot for a 20-year-old with just 47 Bundesliga appearances under his belt.

As ever, however, City are paying the ‘potential’ premium here, with Sane, while still a little raw and unrefined, already showing that he is capable of moments of great skill, technique and endeavour.

In all honesty, he’s probably got a far better chance of morphing into the player City thought they were signing when they blew £50million on Raheem Sterling.