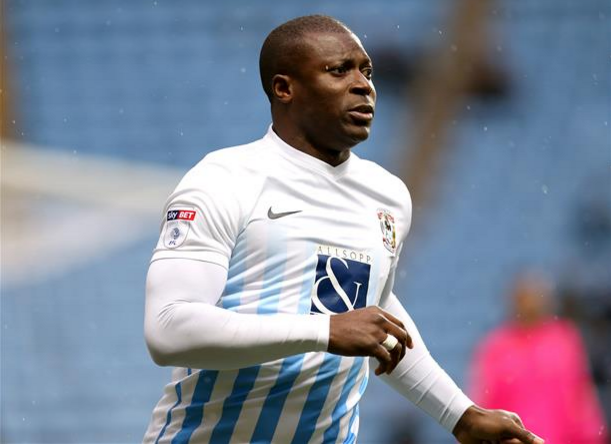 Proving that some things are just to perfect to last, Coventry City have today agreed to mulch the remainder of Yakubu’s contract.

The Nigerian legend signed for the Sky Blues on 13th February on a deal that supposed to run until the end of the season.

However, having made just three appearances (69 minutes in total; zero starts, zero goals) since then, the League Two side have decided to release the Yak back into the wild…

NEWS: Coventry City FC can confirm that Yakubu’s contract has been mutually terminated.

Presumably overcome with emotion, Coventry’s official statement on the matter was short and sweet:

The club can announce that former Everton striker Yakubu has had his contract mutually terminated, with immediate effect.

Yakubu made three appearances for the Sky Blues, before suffering a hamstring injury against Swindon Town.

The club would like to wish Yakubu all the best for the future.

Here’s Yakubu doing absolutely f*ck all for 2:20 minutes for Coventry this weekend. 😂 pic.twitter.com/TKJJJ6HPnc

The flame that burns twice as bright burns half as long.