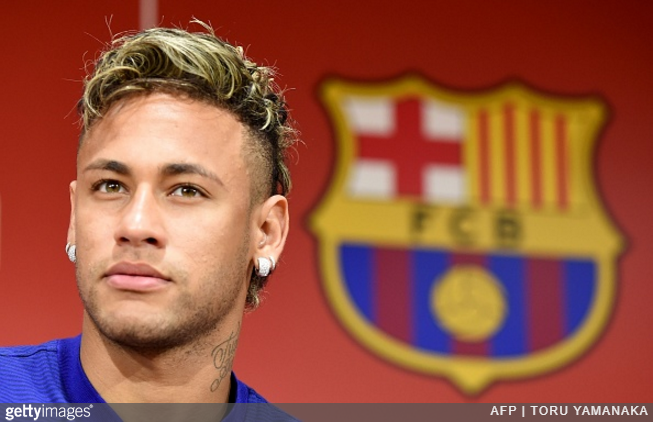 WOW WOW WEEWAH. Neymar is ditching Barcelona to sign for PSG after “accepting a proposal” from the Ligue 1 behemoths.

That’s according to Brazilian sports channel Esporte Interativo (hardly the most reputable of sources), who are claiming a whopping exclusive this afternoon…

Exclusive! Neymar accepted the proposal of PSG and should be announced in the coming weeks. The information comes from our @marcelobechler.

As per the Independent‘s follow-up report, all that’s left to do is for PSG to stump up and pay Neymar’s gargantuan €222million (£198million) release clause. Simple as that.

Of course, the thinking is that Neymar is worth far more than that to the Parisians in terms of global sponsorship cash-ins and commercial reach, so he actually represents a bit of a bargain at twice the world record transfer fee.

The Indy also add that Barca may end up cherry-picking long-time target Marco Verratti from PSG’s midst into the bargain, with the Italian midfielder valued at £100million himself.

It’s been a slow day on the football front. Can you tell?