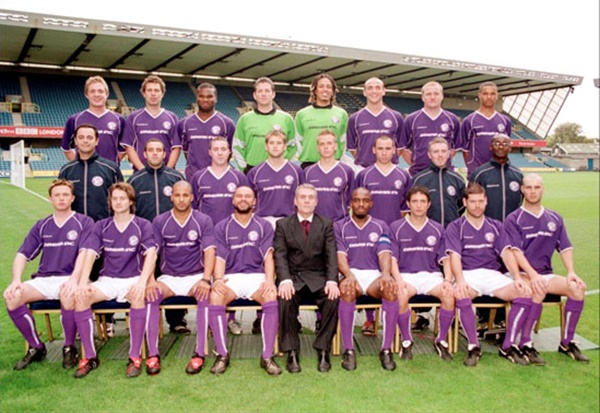 Every year, the 24th November marks a truly momentous anniversary in the cavernous annals of footballing stupidity: The day Liverpool attempted to sign Didier Baptiste, an entirely fictional player, for £3.5million.

To be clear, the gaffe wasn’t made by Liverpool themselves, but by The News of the World newspaper, who erroneously peddled a rumour that the Reds were interested in signing the promising left-back – a “French Under-21 international” no less – from Monaco.

Based on the News of the World’s exclusive scoop, the pending Baptiste transfer was also reported in The Times and The Guardian, who it should be noted, only valued Baptiste at £1million.

However, it soon came to light that there was one fairly major potential snag in Gerard Houllier’s prospective pursuit of the young defender: He didn’t (and still doesn’t) actually exist.

In fact, Baptiste was a character played by the late Tom Redhill in the Sky One football soap opera ‘Dream Team’ who arrived at Harchester United from Monaco in 1999.

The aforementioned papers were all drawn into a hoax that began on an Arsenal fan forum and got rehashed on Liverpool’s Clubcall line (a premium rate phone number supporters could ring to listen to the latest club-related gossip), from whence the News of the World plucked the ‘story’ and ran with it.

The News of the World duly blamed the Hayters sports news agency for feeding them the rumour, though the damage had already been done.

The tabloid was ultimately forced to cease publication in 2011, though whether the Baptiste cock-up was directly to blame is still subject to debate.