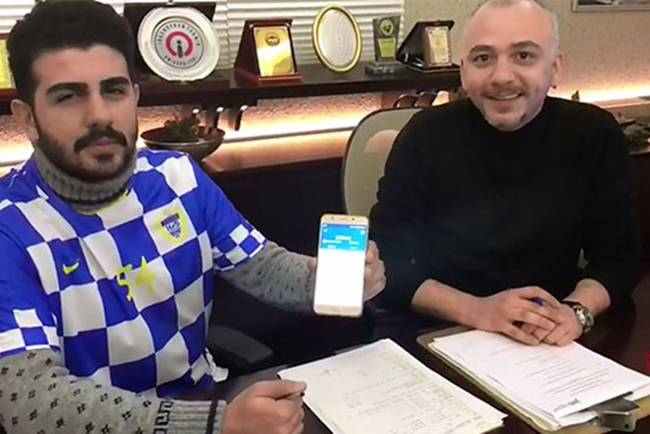 A team from the Turkish amateur league have become the first ever football club to pay a player’s transfer fee using Bitcoin.

Harunustaspor, who play in the Sakarya First Division Group B, shelled out a massive (?) 0.0524 bitcoin to sign Omer Faruk Kiroglu – that’s roughly €440 at the current conversion rate, though that has probably spiralled to over €10,000 or plummeted to -€600 by the time you’re reading this.

The club heralded the transaction as a brave new dawn in the realm of football transfers, with president Haldun Sehit telling NTV Spor:

Our name is being mentioned on television as if we are a professional club. We are proud of this.

Kiroglu himself echoed the sentiment:

This is a first for me and first for the world. As the president said, we are doing something new. We are open to innovation.

I hope this goes well for both me and the club.

Given cryptocurrency’s infamously volatile value, there’s every chance Kiroglu will be the most expensive player in world football this time tomorrow.