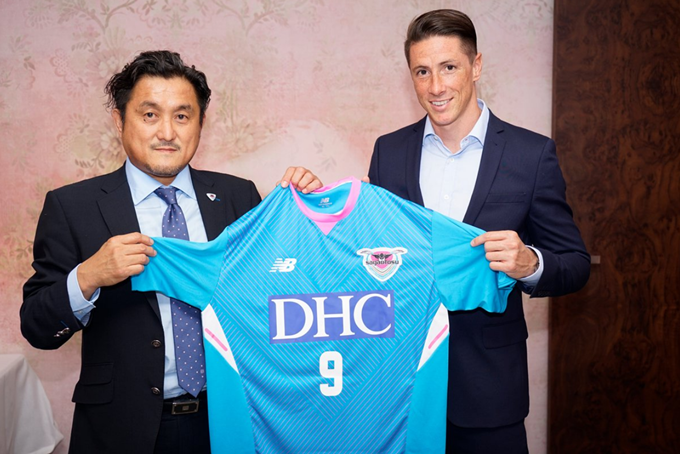 It is done. Fernando Torres is a Sagan Tosu player.

The 34-year-old striker was released by Atletico Madrid at the end of last season, thus bringing to an end his second stint at his boyhood club.

At his grand Sagan unveiling on Tuesday morning, Torres held aloft a scarf which, according to our favourite J-League shaman, journalist Dan Orlowitz, read “This isn’t a false report!” – a reference to the premature announcement of the transfer posted (then hastily deleted and apologised for) on the league’s official website back in May.

Dong-geon will vacate the No.9 shirt and move up to No.19, thus allowing Torres to take the former.

For the record, the Spaniard joins Sagan with the club second-bottom of the J League with 15 games played.

What they desperately need is an ageing forward whose goal ratio has slowed to a trickle over the course of the past five or six years.