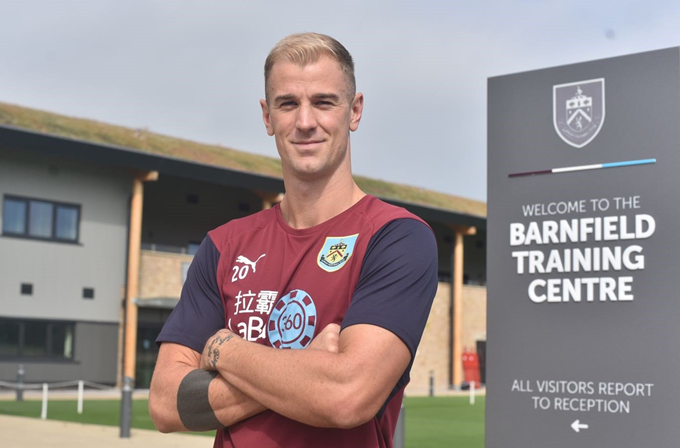 Burnley have taken Joe Hart of Man City’s hands by signing the 31-year-old goalkeeper for a fee of around £3.5million.

After bartering over personal terms and undergoing a medical on Tuesday morning, Hart has now agreed a two-year deal with the Clarets that has an option for a further third tacked onto the end.

4 – Joe Hart made four errors leading to opposition goals in the 2017-18 Premier League; one more than the entire Burnley squad combined (3). Claret. pic.twitter.com/TSxEwbjIC1

Thus finally brings to an end Hart’s 12-year tenure with City. It may have come to a somewhat unflattering end, but he no doubt departs an important part of the club’s latter-day tapestry.

Oddly, Burnley team are currently stuck fast amid something of a ‘keeper crisis, with both Tom Heaton and Nick Pope out injured.

So, rather than just playing the dreaded Anders Lindegaard for a few weeks, they’ve gone and handed Hart a no-doubt expensive two-year contract that will ultimately saddle them with three ‘first-choice’ goalkeepers once they all return to the fold.

All a little short-sighted if you ask Pies, but Dyche is no duck egg so we’re prepared to give him the benefit of the doubt.