Sad as it may be, it looks like Julio Baptista’s storied career is set to draw to an underwhelming close as ‘The Beast’ bows out with less of a roar, more a barely-perceptible whimper.

The former Arsenal and Real Madrid striker has been released from his contract at CFR Cluj after six uneventful months with the Romanian side. 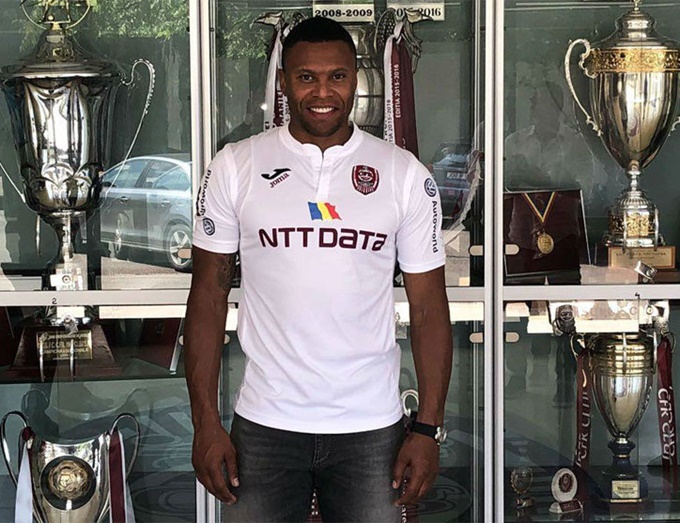 The 37-year-old veteran, who won just shy of a half-century of Brazil caps in his heyday, joined Cluj in August after spending the previous 20 months without a club.

Baptista’s previous contract with Orlando City ended back in January 2017 and, though his barrel-chested frame may have suggested otherwise, he was able to maintain a modicum of fitness by regularly playing futsal.

At Cluj, the forward was one of the best paid players in the Romanian Liga 1, reportedly earning a hefty €45,000-a-month before tax.

His 43 minutes of first-team action came in three stints: a 20-minute appearance against Gaz Metan, followed by a single minute against Sepsi OSK and then a further 22 minutes against Dudelange in a Europa League qualifier that Cluj ended up losing.

All told, Baptista will leave having earned somewhere in the region of €360,000 – roughly €8,732 for every minute he spent on the pitch.

Cluj made a statement announcing their premature goodbye:

We have reached an agreement on the friendly termination of Julio Baptista’s contract. We thank Julio for the work done with our team and we wish him the best!

Although he did not play many minutes, his contribution to the dressing room was significant, his professionalism and preparation were an additional motivation for our young club players.

No matter which career he chooses in the future, Julio will continue to be a close friend of the club.