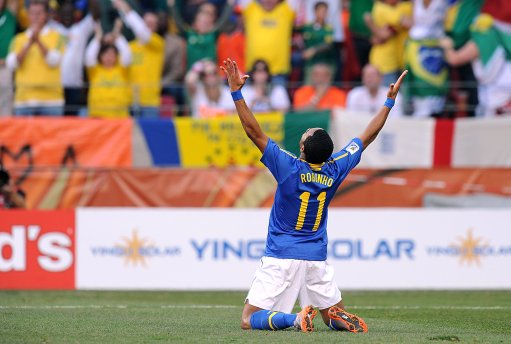 MANCHESTER City’s wayward winger Robinho has chosen not to go slumming it in the Turkish league with Fenerbahce or Besiktas, and is instead holding out for an altogether more glamorous move to either Italy or Spain.

City are desperate to offload the Brazilian international to whoever will take him before the transfer window closes next week and therefore granted him permission to talk with the Turkish giants.

However preliminary negotiations have now fallen through, with Robinho telling Globoesporte;

“With all due respect to Turkish football, I’m not going to play there at the moment. The only thing I’ll say is that I’ll carry on in Europe, in Italy or Spain.

Fenerbahce were the only team who sent an official proposal but it’s already decided that I’m not going. I’ve got talks going on but I can’t reveal anything yet. A week is time to do a lot of things.”

His often spell-binding trickery and invention mean he’s definitely worth the gamble if (and that’s a BIG if) you’re prepared to cater to his every whim.

So, just who is going to be prepared to give Robby a new home?

My money’s on AC Milan, where he’ll probably pile on the pounds, solicit hookers in the street, party all day every day, periodically dissappear back to Brazil without warning, play whenever he feels like it…etc…etc…