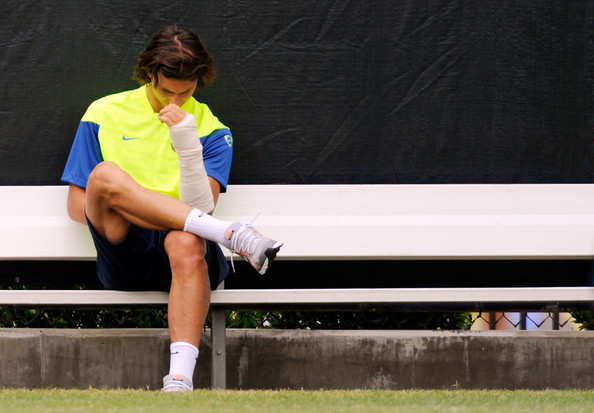 AC Milan new-boy Zlatan Ibrahimovic has levelled a fairly vicious (and fairly petty) parting shot at his former Barcelona boss Pep Guardiola, accusing him of being a ‘small time coach’ and inferring that the Barca coach didn’t possess the necessary steel to handle the presence of a certain lolloping Swedish gobshite in his team.

“In my book, a great coach solves his problems. A small-time coach runs from them. There was only one person [at Barcelona] who wanted to get rid of me.

I have never had problems with any coach before during my career. But suddenly I had a thousand problems and I had no communication with ‘the Philosopher’. No communication whatsoever. I don’t know what his problem was.

I couldn’t take it. I had no choice but to find a new place of work and I was lucky to go to a club like Milan. I am 28-years-old and cannot afford to lose a year sitting on the bench and watching the weather.”

Whereas two La Liga titles, a Copa del Rey, a couple of Spanish Super Cup winners medals, a Champions League title, a UEFA Super Cup and a FIFA Club World Cup title (all secured during a relatively short managerial career) would hardly suggest that Pep is a ‘small time’ coach, who are we to argue with the great Zlatan?