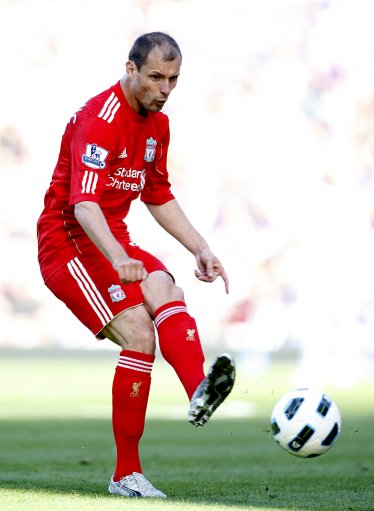 Liverpool forward Milan Jovanovic has admitted that he is already considering leaving the club, despite having only signed from Belgian side Standard Liege just two short months ago.

Jovanovic is quoted in this morning’s Sun as saying;

“I am starting to find the time dragging on. I’m a fighter but if things do not sort themselves out I will change club – even though it is too soon to think about it yet.

I’m on form, I’m working hard and I have started eight competitive games. But I’ve not been in the starting XI for the last few matches – and I’ve not even come on as a sub.

The Serbian international also went on to lament the fact that, due to the physical nature of English football, he is required to defend from time to time;

“I have to adapt to a new system over here. I have to defend all the time. Just three or four teams in the Premier league play attractive football. The others set great store by commitment, discipline and defending.

I miss Standard and the city of Liege.”