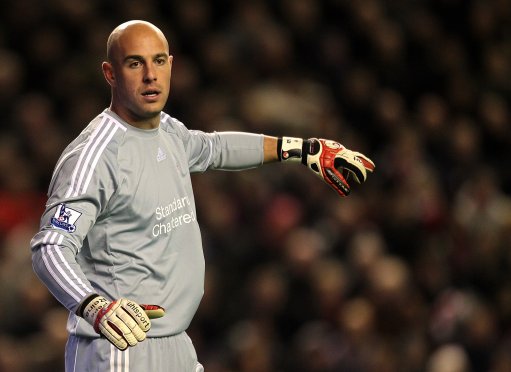 Both Manchester United and Arsenal have pricked up their ears after Pepe Reina hinted that he may be willing to leave Liverpool as early as next summer and that he wouldn’t be interested in a move back to Spain.

Despite having signed a six-year contract back in April, when asked how long he intended to stay at Anfield, Reina ominously replied ‘at least until the end of the season’:

“I signed a six-year deal seven months ago and I’m happy at the club, but every footballer wants to be competing for trophies and winning things.

“I will stay at Liverpool at least until the end of the season. I know there are rumours about me leaving but I want to make it clear that I have no intention of going back to Spain.’

“[Former manager] Rafael Benitez was an essential person for this club and the reason I came to Liverpool.”

Reina is reportedly willing to activate the £20 million release-clause that was written into his mammoth contract which becomes operable as of next July.

Just when things were beginning to look up. This could be construed as a Rooney-style bargaining ploy on Reina’s part, in that it more or less pressures NESV to get their chequebooks out in January – although it’s hard to imagine the usually amiable Spaniard being that contrived.

Perhaps, for a ‘keeper of his considerable quality, an 2006 FA Cup winners medal just doesn’t cut the mustard in terms of personal honours, and it’s hard to argue that his world-class talents don’t warrant a fair amount more in the way of domestic silverware but, alas, that’s not the way these things tend to work.